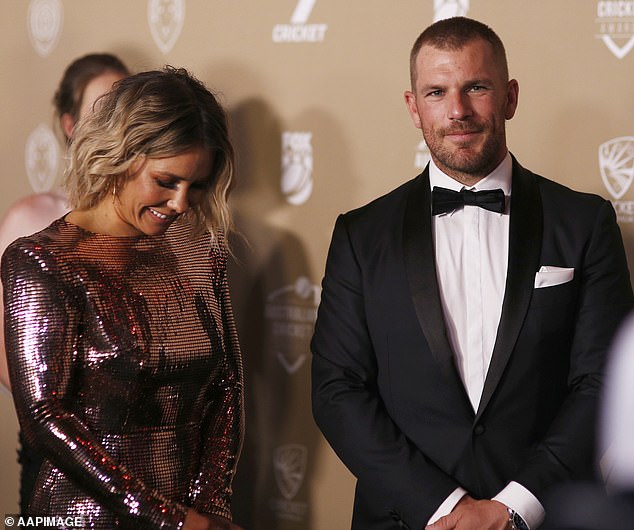 The Captain of the Australian limited-overs teams and a leader on the field, Aaron Finch got stumped by wife Amy. Finch, who was about to start a Q&A session with his fans on Twitter and wrote, “Q&A time if anyone is interested…fire away!!”

His wife, Amy Finch shot the first question that was enough to stump the Aussie opener. She allegedly asked him about a household chore to which he had no reply. She wrote: “What are the chances of you putting the washing away?”

On which fans immediately started admiring Amy. During Q&A, one of the fans asked Finch whether he will be part of upcoming IPL 2020 auction to which Aron replied: “Yes I will be!!” One of the fans asked about the toughest bowlers he has faced, on which Finch named spinners Muttiah Muralitharan and Saeed Ajmal as the toughest bowlers he has ever faced.