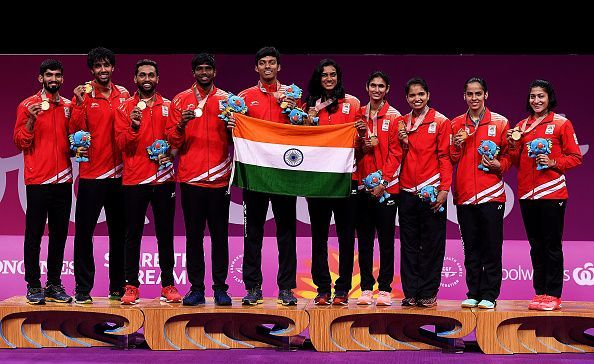 After a World championship gold last month, India’s ace shuttler PV Sindhu is all focussed on her China Open campaign that kickstarts today. Sindhu will play against Li Xuerui of China, a former Olympic gold medalist and World No. 1.

Sindhu realized India’s and her own long wait for a World Championship gold by winning it at Basel, Switzerland last month. Currently ranked No. 5 in the world, Sindhu aims to rise to No. 2 before the Olympics draw. A higher rank ensures easy opponents in the early stage of the draw.

Sindhu expects to go up to the quarterfinals in China Open without much struggle before she is likely to meet her nemesis Tai Tzu Ying from Chinese Taipei. Meanwhile, India’s mixed-doubles duo, Satwiksairaj-Ponnappa have already advanced to the next round, beating their Indonesian rivals on Tuesday.