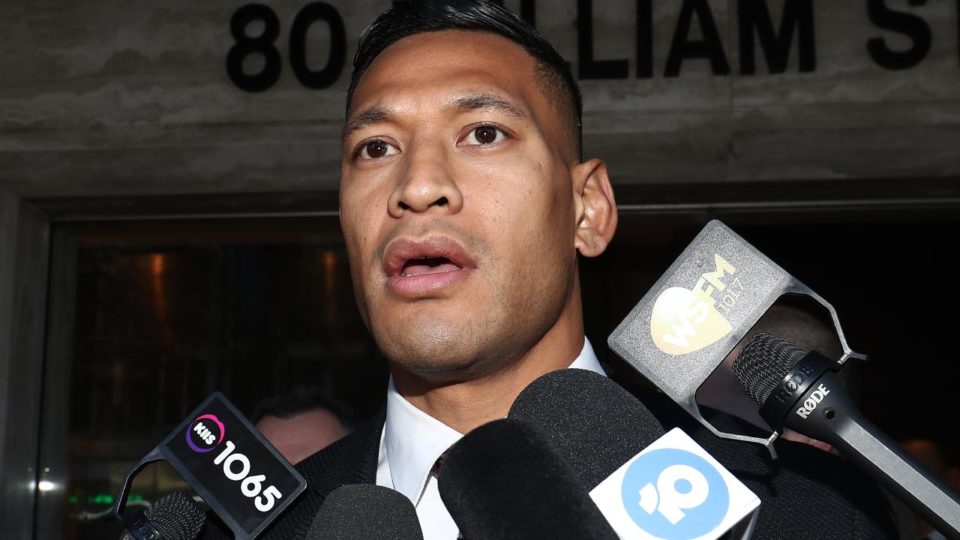 Israel Folau, who was blocked from making his return to professional sport with Tongan rugby league had offered apologies for his controversial homophobic Instagram post, according to the court documents.

The court documents revealed that he acknowledged his public comment against “homosexuals and adulterers” was an infringement of Rugby Australia’s code of conduct.

According to reports, Folau in May during the independent Rugby Australia tribunal hearing admitted that his comments were not in line with the values of the sporting organization, and were absolutely high-level breach of contract.

Court documents allegedly submitted by Rugby Australia reveal Folau dramatically offered to apologize for his infamous Instagram post, which is still featured there. The revelation that is claimed in court documents, can be a major blow to the $10 million damages claim Folau is seeking in the Federal Circuit Court.