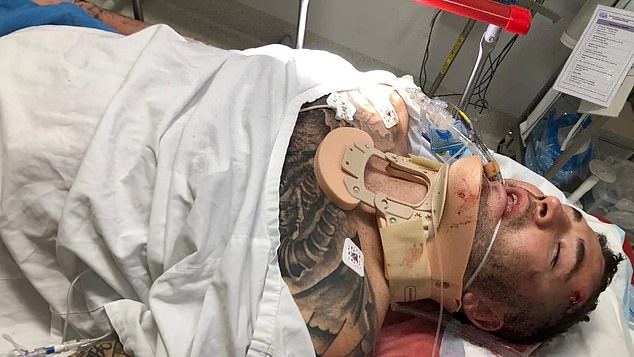 The Sea Eagles star Joel Thompson has quit the booze after the horrifying accident that left him in the hospital. The 31-year-old suffered awful head injuries after he fell at a party on the Central Coast earlier this month and was immediately taken to Gosford Hospital before being taken to Royal North Shore Hospital.

Joel took to his LinkedIn on Sunday and thanked his friends and fans for all their support and said that he is aiming to give up alcohol.

He wrote: “Firstly I just wanted to say a big thank you to everyone who has sent messages of support over the last couple weeks. I had an arrogant opinion of being invincible and this accident has changed me forever. I’ve made bad decisions over the years which have impacted my family and I and it’s mostly been when I’ve been drinking. I’ve changed so much over the last few years and to continue to grow I realise I need to give up alcohol. My first goal is 12 months. I already feel like a new man, a very lucky one at that. Please take care of yourself and others. Here we go — 1 year of being sober.”