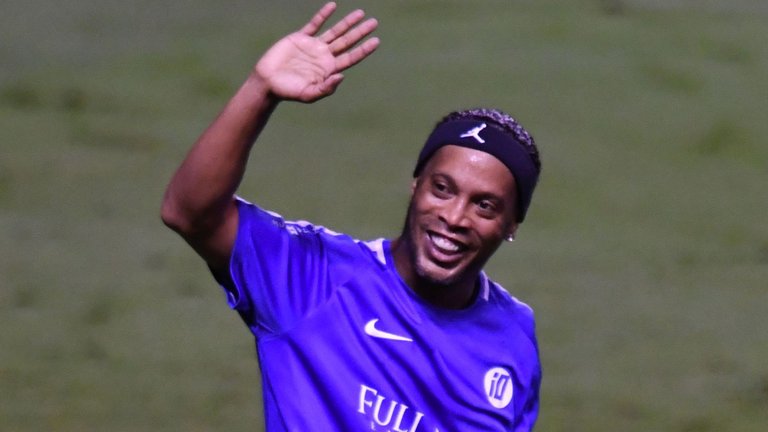 Colombia’s Independiente Santa Fe football club has posted a video on social media, in which Brazilian football great Ronaldinho has confirmed that he will temporarily come out of retirement and will participate in a match at the Campin on October 17.

The 39-year-old retired from football in 2018. Ronaldinho, who is World Cup winner with Brazil in 2002 and a two-time recipient of the FIFA World Player of the Year Award has confirmed his participation via video posted by Santa Fe Football Club.

However, the opponents are yet-to-be-named for the match in Campin on October 17.

However, it is still not clear whether Ronaldinho would be free to travel to Colombia for the matches because Brazil’s Supreme Court has allegedly upheld a decision to ban the former Barcelona attacker to leave the country as he failed to pay a fine for the 2015 court case.

Ronaldinho and his brother, Roberto Assis, had been fined $2.3 million as they were found guilty of building a fishing platform on the Guaiba River in southern Brazil without having the necessary permits.

Barcelona to make offer to get Neymar back in Camp Nou