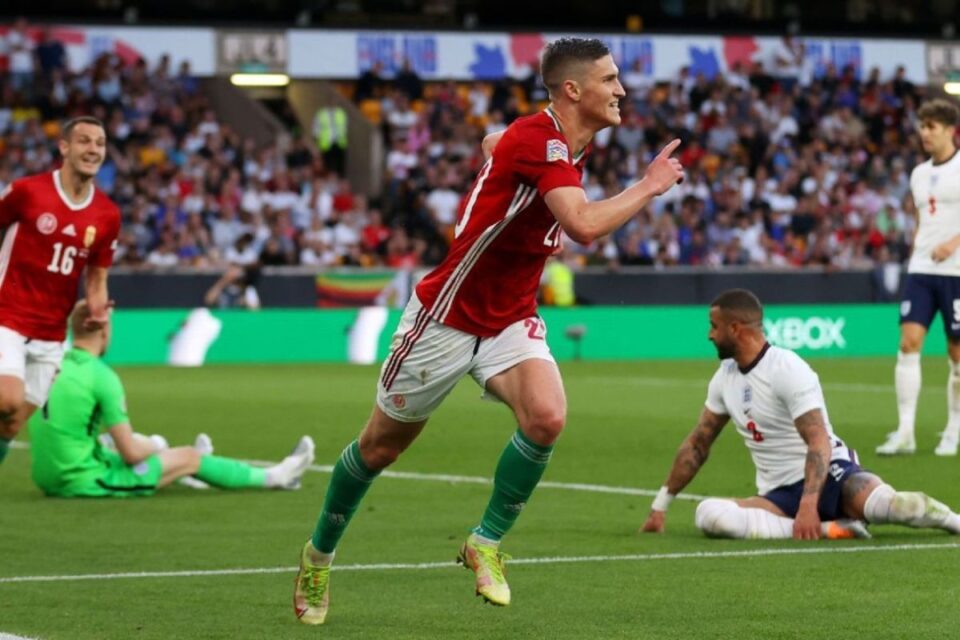 Gareth Southgate will be forced to confront an unpleasant rewriting of history as he digests England’s worst home defeat in more than 90 years, but he will also have to contemplate whether his Nations League experiment has taken the Three Lions backwards with the World Cup looming on the horizon. Nobody would have predicted this scoreline which read as England 0-4 Hungary and that too at Wembley.

England hasn’t been beaten so badly at home since a 5-1 loss to Scotland in 1928, and this is only their second home loss to Hungary since the Magical Magyars’ legendary 6-3 triumph at Wembley in 1953.

England’s poor Nations League performance continued as they suffered their worst home defeat since 1928 against a ruthless Hungary.

Thus, this leaves Gareth Southgate’s team anchored to the foot of Group A3 in the Nations League.

This is only their second home loss to Hungary since the Magical Magyars’ legendary 6-3 triumph at Wembley in 1953.

For the first time since 2014, the Three Lions have gone four games without a win. Moreover, they appear to be out of form and confidence, with the World Cup looming at the end of the year.

They had no choice but to surrender to a humiliating and potentially disastrous defeat. While the crowd was howling and demanding Southgate’s dismissal at the final whistle.

Roland Sallai put the visitors ahead with a well-taken back-post goal, then doubled Hungary’s lead 20 minutes from time with his second on the break. More goals came from a rampaging Hungary, as Zsolt Nagy scored from distance and Daniel Gazdag finished cleverly.

This sealed Hungary’s second historic triumph over England in ten days after John Stones was sent off to compound the hosts’ woes. Jarrod Bowen had earlier squandered a good chance at the back post from Reece James’ cross.

While Harry Kane had flashed a header against the crossbar, but the hosts lacked the belief and imagination to break down their opponents. Hungary, who lead a group that also includes Germany and Italy, were well-organized and clinical.

Thus, winning only their second match against the Three Lions on English soil, and their first since a stunning 6-3 victory at Wembley in 1953.