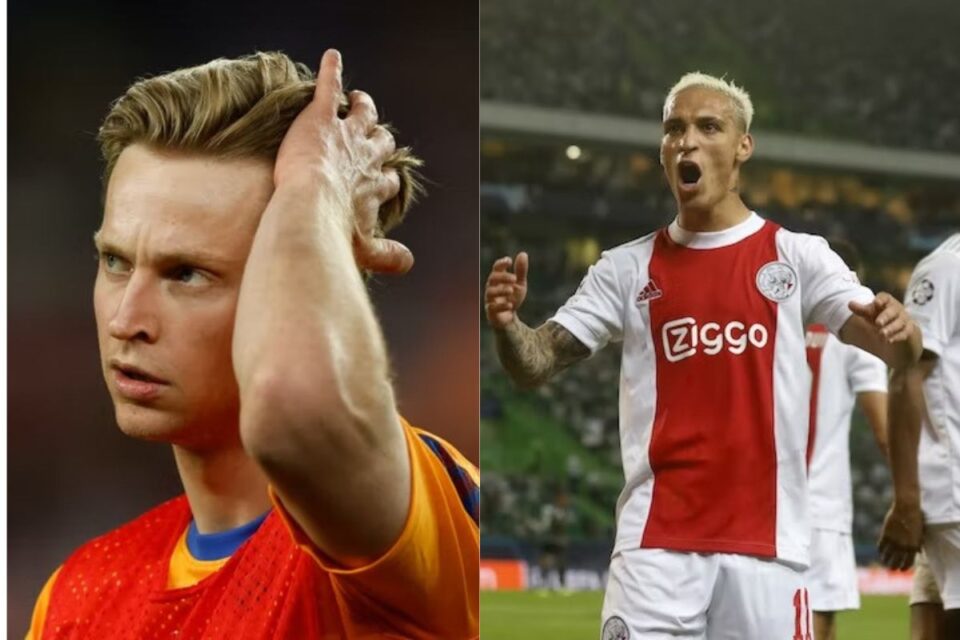 Under their new head coach Erik ten Hag, the Red Devils are set to begin pre-season training at the end of June, and a number of players have been linked with moves to Old Trafford in recent weeks.

United to target de Jong and Antony move this summer?

De Jong is considered to be the club’s top midfield target, and Ten Hag is said to have persuaded the Netherlands international to join United. The 25-year-old will join the 20-time English champions this summer, according to talkSPORT, and will be followed by Ajax attacker Antony.

“I think United are definitely in for Antony, he’s obviously someone that Erik ten Hag knows well”

Antony was a standout for Ajax under Ten Hag in the 2021-22 season, scoring 12 goals and adding 10 assists in 33 games across all competitions. The Brazil international, who has three years left on his Ajax contract, scored eight goals and added four assists in Ajax’s Eredivisie title-winning season.

Moreover, he also added two goals and four assists in seven Champions League appearances on route to the competition’s last-16 round. Liverpool are also said to be interested in the right-sided attacker, but Man United is said to be first in line and in talks with his representatives.

De Jong was a key player for Barcelona in the 2021-22 season, making 46 appearances across all competitions. Man United are expected to make a second proposal for the former Ajax starlet in the coming days after failing with their first offer of £60 million.

Ten Hag is thought to have assured De Jong that he will be a major player at Old Trafford, with the new manager hoping to build his team around him.