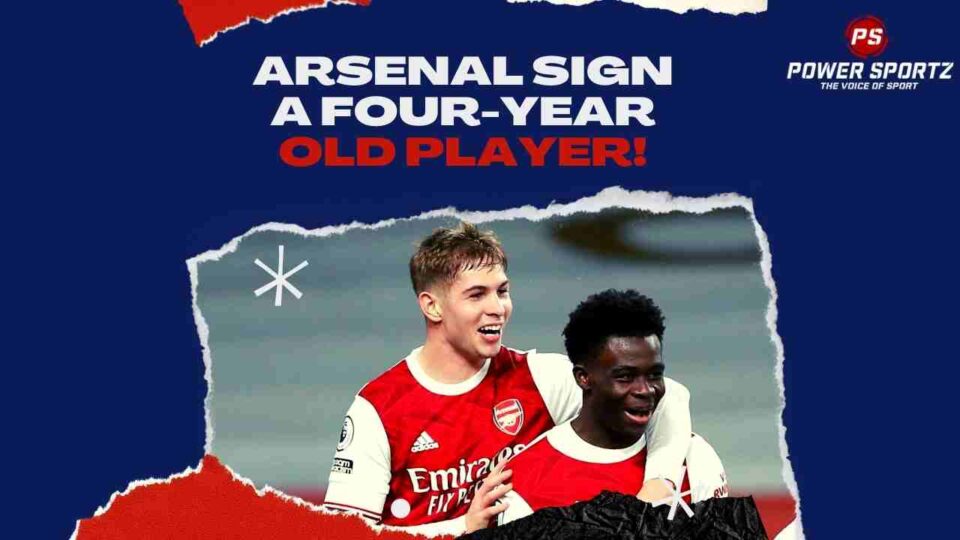 Arsenal has one of the best academy systems in the world. Over the past few seasons they have produced many world-class players; These players include Alex Iwobi, Gnabry, and Cesc Fabregas. However, all these players have left the Emirates in their respective careers. In the current squad, they have produced two brilliant English attackers who are expected to become the best in the world.

These two attackers are Emile Smith Rowe and Bukayo Saka. These two players have been part of the backbone of Arsenal’s side. Additionally, the English side has many other budding players; Such as Gabriel Martinelli, Sambi Lokonga, and Martin Odegaard. These players are expected to become world-class players in the near future.

However, this season the Gunners are struggling and are in the middle of the table. Mikel Arteta’s side is unable to score goals in a consistent manner. Arsenal has scored seven league goals in eight matches this season. To make matters worse they have lost Granit Xhaka; The Swiss captain has picked an injury that will keep him on the sidelines till December. Even though it is early in the season the gunner’s must-win matches now. This is because the African Cup of Nations is coming up and the club will lose many important players.

Arsenal’s academy setup is currently managed by the club ex-captain Per Mertesacker. He was appointed in 2017 by Arsene Wenger; While appointing him he said, “Per is an exceptional character who is a great example for young players.” Wenger further added that “He is a deep thinker about the game and committed to helping players fulfil their potential. He will be an inspirational figure for everyone connected with the academy.”

The English giants have recurred a four-year-old player to their pre-academy; Zayn Ali Salman is the young player’s name. Despite, being so young he has been exceptional and plays with children double his age. Salman was approached by an Arsenal talent spotter in one of his matches. They were extremely impressed with his skills and understanding of the game. Stephen Deans who is Arsenal’s scout commented that “He was doing things you shouldn’t be doing at that age.”

Salman’s father while talking about his son said, “Arsenal aren’t bothered about his age, they just think he has a lot of potential.” Even though the player has shown great potential it will be a difficult journey ahead. It will be interesting to see to what level Zayan will be able to reach.

Do you think Arsenal has made the right decision by signing Zayn Ali Salman?