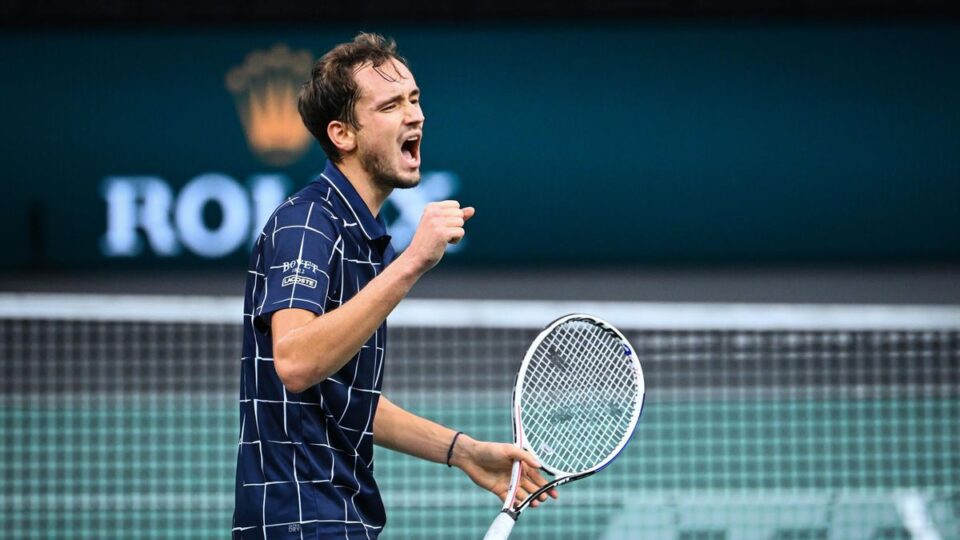 Daniil Medvedev on Sunday beat Alexander Zverev 5-7 6-4 6-1 to win his maiden Rolex Paris Masters, which is his eighth career title and third at a Masters event.

“I think it’s not easy for guys to play against me when I play like this,” said the Russian, who will now head to London for the ATP Finals at the O2 Arena after beating German Zverev.

Zverev, on the other hand had won back-to-back titles at indoor hard court events in Cologne last month. On Sunday, he edged the first set before Medvedev fought back to triumph in two hours and seven minutes.

Medvedev, 24, displayed more energy in the deciding set and made the most of his opportunities against an inconsistent Zverev. The German had won five of their six previous meetings.

“I’m really happy with the final, with the win here, especially my level of game was really top level this week. I think it’s not easy for guys to play against me when I play like this, said Medvedev.

“Today was a really tight match. And I need to say after the first set I didn’t know actually what to do, because I had zero break points. I didn’t feel good returning his serve. He serves amazing. I was feeling like the match could slip (out) of my hands.

“I managed to stay really strong, be there all the time. I got four break points at one-all in the second, and (then I was) putting pressure on him all the time, raising my level step by step, and finally he broke.”

Zverev, who defeated Rafael Nadal in the semis, admitted he was “dead” in terms of tiredness at the end of the second set.

“The third set was always going to be very difficult for me. I knew that I had to win in two sets, and once I lost the second set I knew it was going to be difficult, especially against him who is not somebody who is very wild,” he said.

“You know, he’s very composed. He’s going to make you run for every point.”

The 2020 US Open runner-up was playing this week for the first time after the episode with his ex-girlfriend Olga Sharypova. She’d accused him of serious physical assault, a claim Zverev described as “unfounded accusations” and “simply untrue” on social media.

Both players will play in the season-ending ATP Tour Finals at the O2 Arena in London from November 15-22.

Medvedev is the fourth Russian player to win at Bercy after three-time champion Marat Safin, Nikolay Davydenko and Karen Khachanov. He said he would go into the tournament full of confidence.

“I’m coming in better shape than last year. Last year I was real exhausted, I had lost in the first round in Paris. That’s when you lose your confidence,” he added.