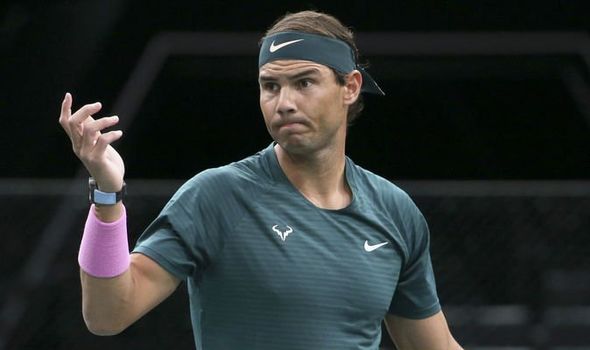 Soon after winning his 1000th ATP match on Thursday, Rafael Nadal continues with his brilliant run to lift his maiden Rolex Paris Masters after beating Australia’s Jordan Thompson. He will now square off with his compatriot Pablo Carreno Busta. On the other hand, Diego Schwartzman is one win away from making the ATP Finals.

The Spaniard is now through to the quarter-finals of the Rolex Paris Masters.

“I found a way. In the tie-break I saved a couple of breakpoints. Second point of the tie-break had huge importance, too. So, yeah, quarter-finals, that’s the most important thing for me. I’m happy.”

“It’s normal that in quarter-finals I face a very tough opponent like him,” said Nadal. “We are in a Masters 1000, the best players are here. So I can’t expect another thing, no?

He further added: “I think I am not doing a lot of things bad. I just didn’t play indoors for a year almost, and it is part of the process of course. I need to keep going. I think these kinds of matches help. Yesterday’s match, today’s, tomorrow another opportunity.”