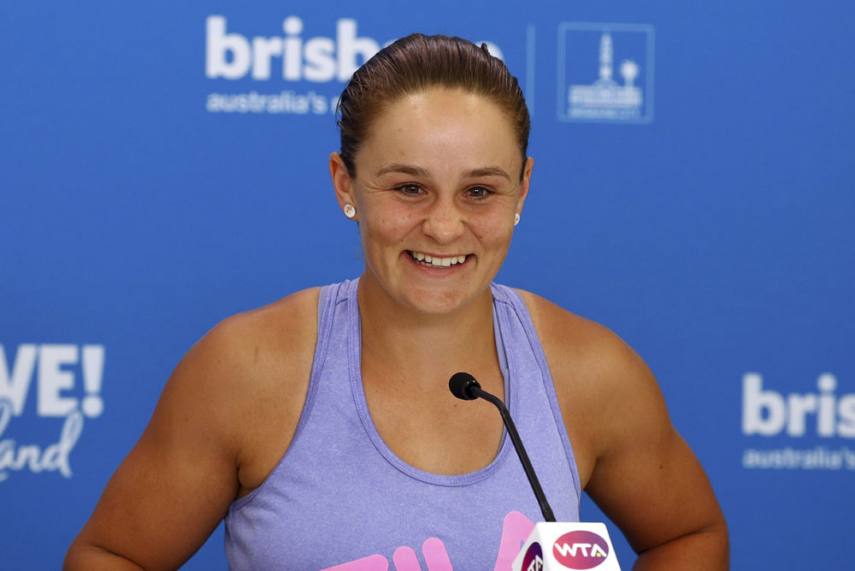 Hours after French Open organizers announced about allowing spectators in the tournament, defending champion Ashleigh Barty decided to give it a miss and not travel to Europe. The Aussie star, who is the World No. 1 would not be traveling to Europe, partly because of the COVID-19 pandemic and also for her lack of preparedness to play at Roland Garros.

“It has been a difficult decision to make but unfortunately I will not be competing in Europe this year. Last year’s French Open was the most special tournament of my career so this is not a decision I have made lightly,” she said in a statement.

There are two reasons for her decision said, Barty. The first is the health risks that still exist with Covid-19. The second is her preparation, which has not been great without her coach. She wasn’t being able to train with her coach due to the state border closures in Australia.

Barty defeated Marketa Vondrousova to win her first major title in 2019 in French Open. Later in June, Barty climbed to No. 1 in the WTA rankings for the first time.

She also wished the players and the French Federation all the best for conducting a successful tournament.

Barty said that she is looking forward to a long preseason and the summer in Australia. She agreed that this year has been very challenging for everyone and although she is disappointed on a tennis front, the health and well-being of her family and team has been her top priority. She thanks her fans for their continued support. “I can’t wait to play for you again.”

Roland Garros will be classified into three zones, with a maximum of 5,000 fans in each of two zones and a maximum of 1,500 in the third. The French Open, which is usually the second major in the tennis calendar year, traditionally begins in late May and ends in early June. However, this year’s tournament was postponed due to the pandemic and now starts later this month. The other Grand slam Wimbledon was canceled because of the pandemic earlier this year.