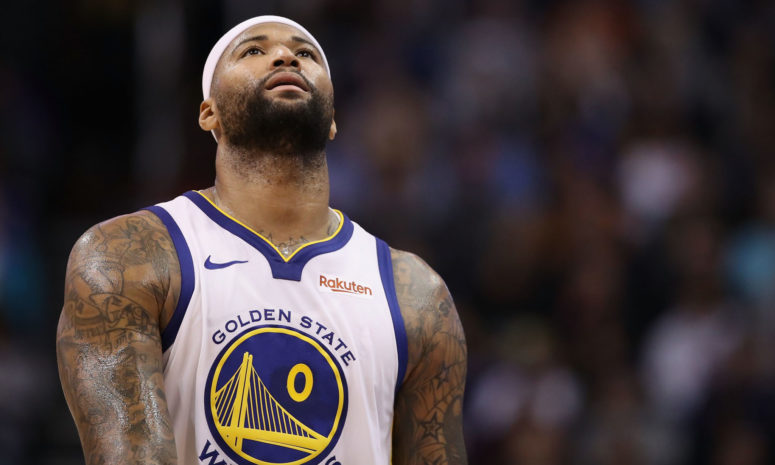 Just a day after celebrating his nuptials, NBA star DeMarcus Cousins found himself at the centre of a police investigation. Cousins, who married his longtime girlfriend, Morgan Lang.

The wedding took place at The St. Regis hotel in Atlanta and was attended by a big shots viz; Anthony Davis, Draymond Green and Andre Iguodala.

Cousins seems to enjoy his nuptials completely but the whole thing overshadowed the very next day when troubling audio came to light.

The audio, which details a phone call reportedly taking place between Cousins and his ex-girlfriend, Christy West.

Cousins: “I’m gonna to ask you this one more time before I take it to another level … can I have my son here?”

Cousins: “I’m going to make sure I put a bullet in your f***ing head.”

West approached the Mobile Police Department in Alabama and gave a statement there, and the police is investigating the allegations.

Furthermore, West has filed a court case against Cousins along with all the documents that include a police report and is seeking a restraining order against Cousins to keep him away from her and their son.