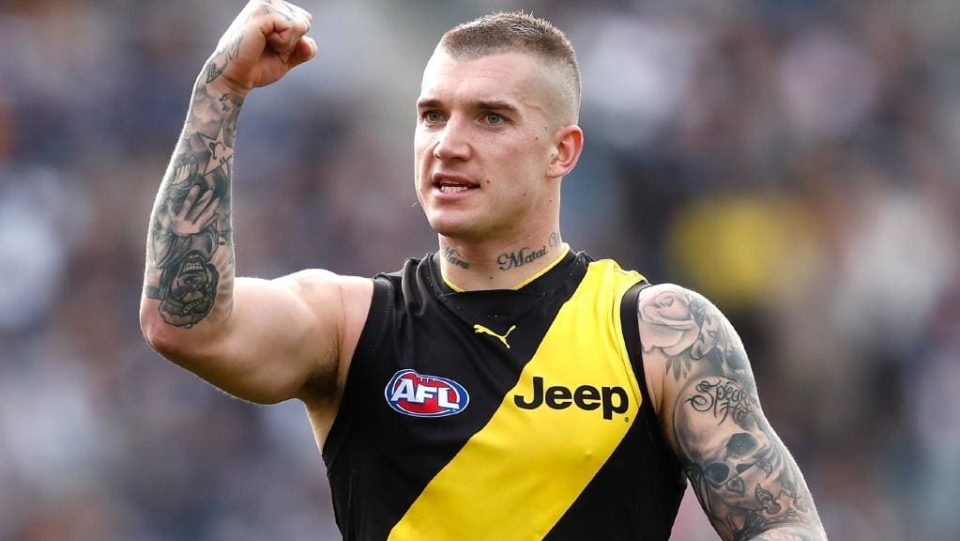 The dual Norm Smith medalist Dustin Martin allegedly gave himself the rock star treatment when he arrived at a friend’s wedding and stole the spotlight from the bride.

Martin seems to be untouchable after his grand final day performance — even when he attempted to steal the spotlight from a bride on her wedding day.

Star teammate Jack Riewoldt revealed everything about Martin’s rock star arrival to former Tiger Sam Lloyd’s wedding in country Victoria in a podcast that was released this week.

Lloyd, who now plays for Bulldog, got married on the weekend in his hometown of Deniliquin, which is just a three-and-a-half-hour drive from Melbourne.