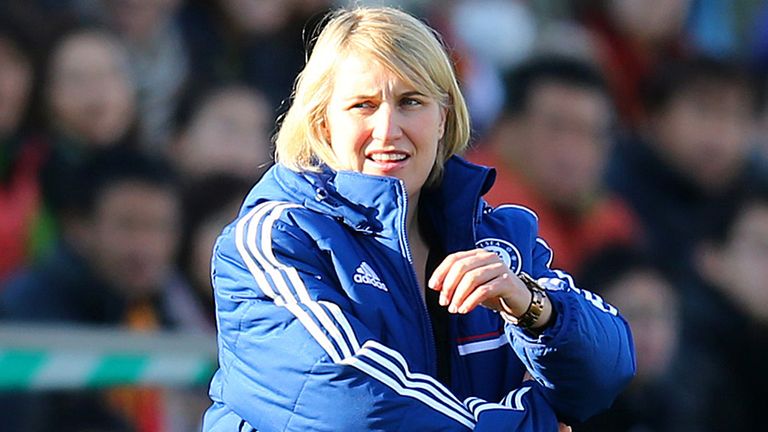 Chelsea’s women manager, Emma Haynes is still unease of being sacked although she has seven titles in eight years, saying that she is no different than other football managers, who perpetually live in fear of losing their jobs.

“I’m not complaining though. I feel I’m exceptionally lucky to have an owner who has an interest in women’s football and understands what we need,” she said on the sidelines of Chelsea being declared champions of a snipped Women’s Super League season. Roman Abramovich, owner of the club was also quick to congratulate her once Chelsea became champions on the basis of points.

Hayes lauded Abramovich for his efforts in turning the women’s team of Chelsea from an amateur side to a highly competitive one since her joining the club in 2012. “I am excited for Chelsea’s future. Our owner is a big fan of women’s football and he’s always asking me what he can do to help. I’m more than conscious of the challenges the women’s game still faces but I think there are enough owners, broadcasters and fans who want the best for us.”

Hayes admits that the premature end of the season was a dud, but she still believes women’s football is beaming bright. She is confident that “we can come back bigger and stronger.” The seventh title is one of the most coveted for her despite it coming on the basis of points per game.

When games were suspended Manchester City were on top of the chart, but they played a game higher than Chelsea, which eventually benefited the latter on the points per game calculations. Liverpool were relegated and Aston Villa promoted. Manchester City followed in the second and Arsenal third, two clubs for whom she has enough respect.

The decision to terminate was harsh but unanimous, Hayes said. “I know football has restarted in Germany but we are at a different stage of the pandemic. The decision was not taken flippantly, every effort was made to resume the season, but most of the players had reached a point where they needed a decision to be made.”