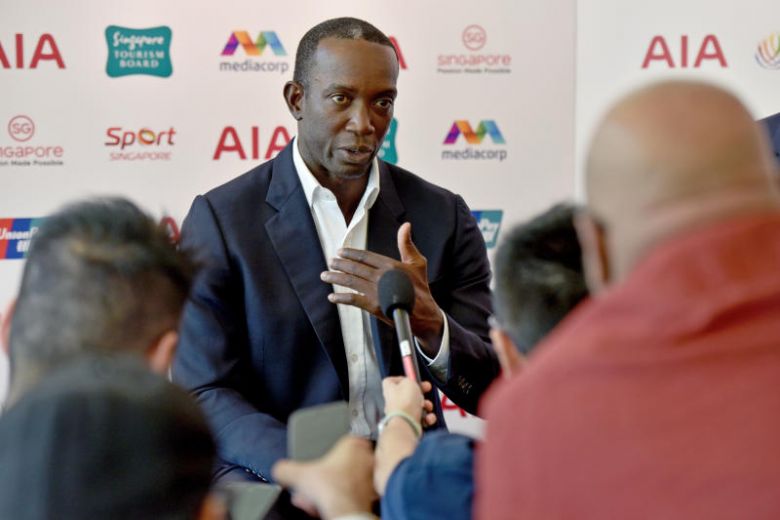 Even while the ember of racism continues to simmer across the world, largely impacting the sporting world as well, former star player Dwight Yorke has joined forces to stoke up another controversy, ranting about the injustice meted out to him.

The former footballer berates the system, anguished at never being given a chance to become a manager. Dwight feels no one wants to take a chance on him as a manager because he is black.

“You see the transformation of some players being fast-forwarded into management so quickly. Maybe they haven’t got the same CV as you, but they’ve all been given a chance,” said Dwight. It leaves him bewildered not to have got a single call to interview for the post of a manager. “All we are asking is just for a chance. But you’re not even given a chance. You’re not even getting an interview.”

“What else could it possibly be? he asks. “There are just no black managers in any way or form getting in,” he said. Dwight recalls an incident that even his ex-club Aston Villa didn’t give him a fair chance when he applied as a manager.

Even when a legend like Sir Alex Ferguson threw his weight behind, Dwight Yorke couldn’t land an interview call. “It’s a fact that Sir Alex Ferguson, who’s been tremendous and like a father figure – I’ve always said and to this day remains – when I applied for the Villa job, I went into his office and he gave his recommendation, but to no avail. “I still can’t get an interview to this day. That is what we are facing today”, he laments.

Dwight, a former Trinidad & Tobago footballer, was a force to reckon with. He featured for Aston Villa, Manchester United, Blackburn Rovers, Birmingham City, Sydney, and Sunderland, primarily as a forward, between 1988 and 2009.

Not only him, but even current players like Raheem Sterling have come out in the open urging for more and more black managers.