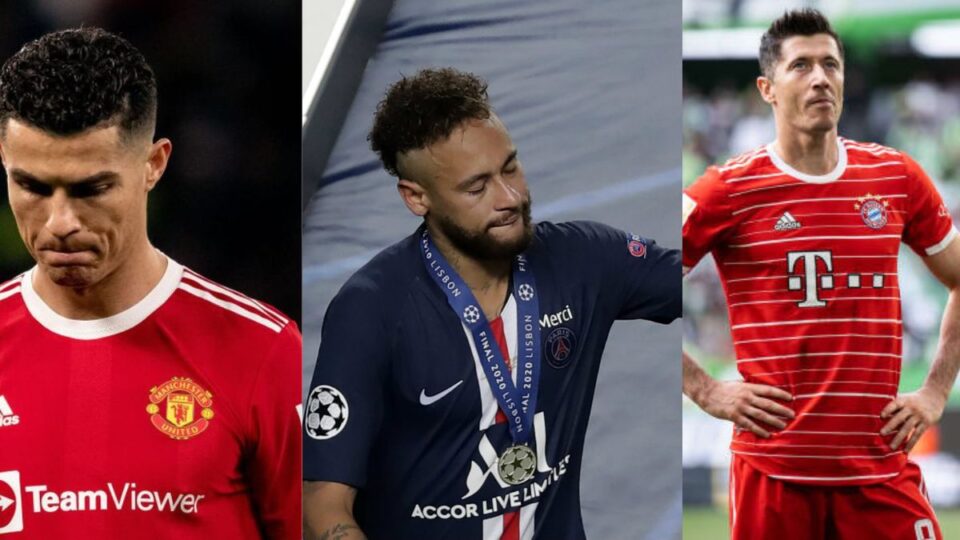 The transfer window is wide open and clubs across Europe have already signed some of the modern days mega-star players. With the arrival of one of the best strikers in the World at the moment, the Premier League club Manchester City have finally ended their hunt to search for a replacement of club legend Sergio Aguero.

Meanwhile, Liverpool FC have broken their bank and club record to sign the Uruguayan and Benfica forward Darwin Nunez. The Merseyside club signed the 22-year-old for a club-record £85m transfer fees including add-ons.

Thus, with the introduction of some of the world-class strikers in the Premier League, the English clubs might rule the European competition this season. Let’s have a look at the Friday transfer gossip going around in the world of football at the moment across Europe.

Robert Lewandowski, the 33-year-old striker for Bayern Munich has received a bid from Barcelona that might be worth up to £34 million. Cristiano Ronaldo, the 37-year-old captain of Portugal, is reportedly considering leaving Old Trafford due to concerns over Manchester United’s transfer policy.

Neymar’s former agent claims that the 30-year-old Brazilian forward “won’t stop” until he realises his dream of winning the Champions League with PSG. Christian Eriksen, the 30-year-old midfielder from Denmark, is debating leaving Brentford for Manchester United. After speaking with Antony’s representatives, the 22-year-old from Ajax and Brazil, Chelsea will compete with Manchester United for his services.

Paul Pogba, the 29-year-old midfielder for Manchester United and France, has an agreement in principle to join Juventus on a free transfer. Following the disclosure of Yannick Carrasco’s €60M release clause, Manchester United, Chelsea, and Tottenham are considering the possibility of signing the 28-year-old.

Adrien Rabiot, the midfielder for France, wants to leave Juventus and go with a Premier League team. The 27-year-old would be available for between 15-20 million euros (£13-17m), given he has one year left on his contract.

Chelsea are interested in 22-year-old Juventus and the Netherlands centre-back Matthijs de Ligt. Tyrell Malacia, a target of Manchester United, has moved to join Lyon. The left-back for Feyenoord is a 22-year-old Netherlands international.

Benjamin Bourigeaud, a French midfielder for Rennes who is 28 years old, might be acquired by Leicester City for around £8 million.

Arsenal will consider the move if they can find a replacement for the Portuguese defender Nuno Tavares, 22, who Marseille wants to take on a loan.