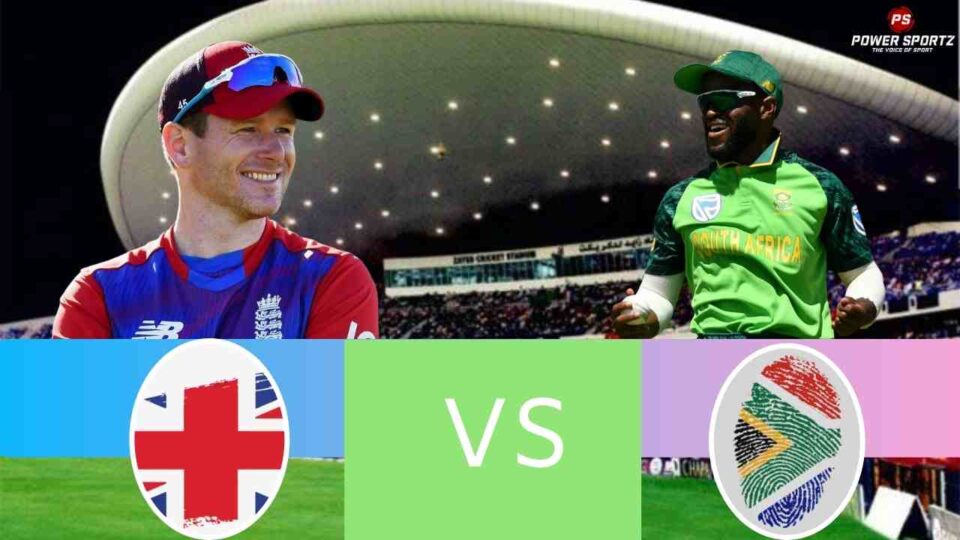 England and Pakistan are the only two teams that have an unbeaten record in this edition of the world cup; Pakistan is the third-best T20 team, they have beaten countries such as India, New Zealand, Afghanistan, and Namibia till now. Pakistan plays their last league game against Scotland on the 7th of November at 7:30 pm IST; They are expected to win this match and progress to the next stage of the tournament with ease.

Morgan’s team is considered the best T20 team in the world, They have beaten countries such as West Indies, Bangladesh, Australia, and Sri Lanka with ease. England will play their last league game against South Africa. The semifinals of the tournament will take place on the 10th and 11th of November between the top two teams of each group. Who do you think will make the top four?

England are set to face South Africa in the world cup

In the 39th match of this year’s world cup, Morgan’s side takes on Bavuma’s side. This match will take place on the 6th of November at 7:30 pm IST; Both the teams must win this match in the hope of solidifying their position. The result of the match between Australia and West Indies will also affect the way the teams approach this match; This is because if Australia wins this match there will be a lot of pressure on South Africa to win this game with a huge margin in order to move above Australia on the table. Furthermore, if both Australia and South Africa win their matches by a significant margin England might not end up qualifying for the semifinals; The 6th of November is an extremely important date for the world of cricket.

Who do you think will win the ICC T20 world cup?