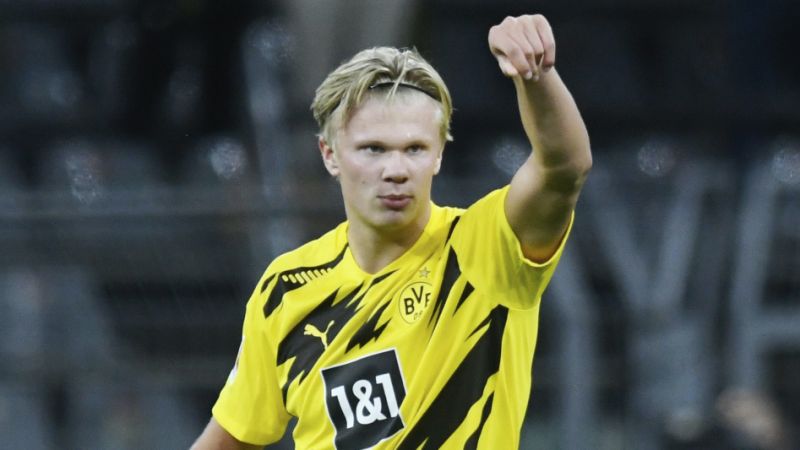 So far, the 20-year-old Dortmund star has netted an incredible 17 goals for the Bundesliga club in his 14 league matches after joining the club in January from Red Bull Salzburg.

Haaland continues to rise through the ranks among the current crop of footballers who also scored his first international hat-trick for Norway this week. He scored three as Norway thrash Romania 4-0 in Nations League.

Haaland appeared dangerous forming an attacking duo with Martin Odegaard in the Norwegian, with the Real Madrid playmaker assisting two goals from his hat-trick against Romania.

“I think Haaland is sensational,” Scholes said in a media interaction. “I think he’ll be up there with your Ronaldo’s and Messi’s levels possibly from what I’ve seen so far.  That’s why I just never felt Sancho was the right type of player because we’ve got three of that type of player already. To spend £100m or whatever, I didn’t think it was right. I wasn’t that disappointed.”

There was speculation that Haaland would join Manchester United before he chose Dortmund. But, Scholes feels his former club should be pursuing the bustling centre-forward again, instead of his team-mate Jadon Sancho.

“Look, he’s a brilliant player and he’ll probably improve any team but I just didn’t think there was the need for him this year,” added Scholes.