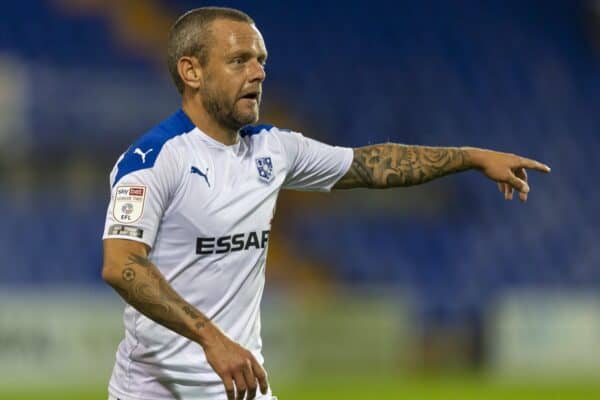 Former Red midfielder Jay Spearing is close to returning to Liverpool in a dual capacity as a player and coach for the academy, a concept that is becoming more common.

The Reds’ summer recruitment goes beyond enormous £85 million purchases and saying goodbye to club veterans, with the academy acquiring a slew of new talent.

As Liverpool’s youth drive continues in the post-Brexit world, high-rated Ben Doak has been signed from Celtic.

However, they’ve turned to Spear, an experienced former player, for a role that will see him mix game time with coaching duties for the under-23s.

Liverpool are “near to signing” the 33-year-old, according to the Telegraph’s Chris Bascombe, who will “play in their under-23s side” and “help in coaching” the younger age groups.

Alex Inglethorpe, the academy’s youth director, has spearheaded the initiative, giving Liverpool’s young players direct access to a seasoned professional who has played 55 games for the Reds.

Former Liverpool midfielder Jay Spearing is to return to Anfield

Spearing left Liverpool in 2013 after progressing through the ranks at the club’s academy since joining as a 16-year-old in 2004 and is set to return following a two-year sojourn with Tranmere Rovers.

The 33-year-old has been a familiar presence at the club’s academy in recent years, having combined his playing career with a coaching job, making 35 appearances for Tranmere last season.

His arrival at the academy could pave the door for a number of loan deals to be negotiated for players who are ready to progress beyond youth football.

It’s unclear how many games he’ll play for the U23s, but it’s a role that will be welcomed by many when Spearing returns to the club where it all began in 2004.

Last year, Man United signed former Hull City centre-back Paul McShane in a similar venture, though the 36-year-old did not play for the U23s.