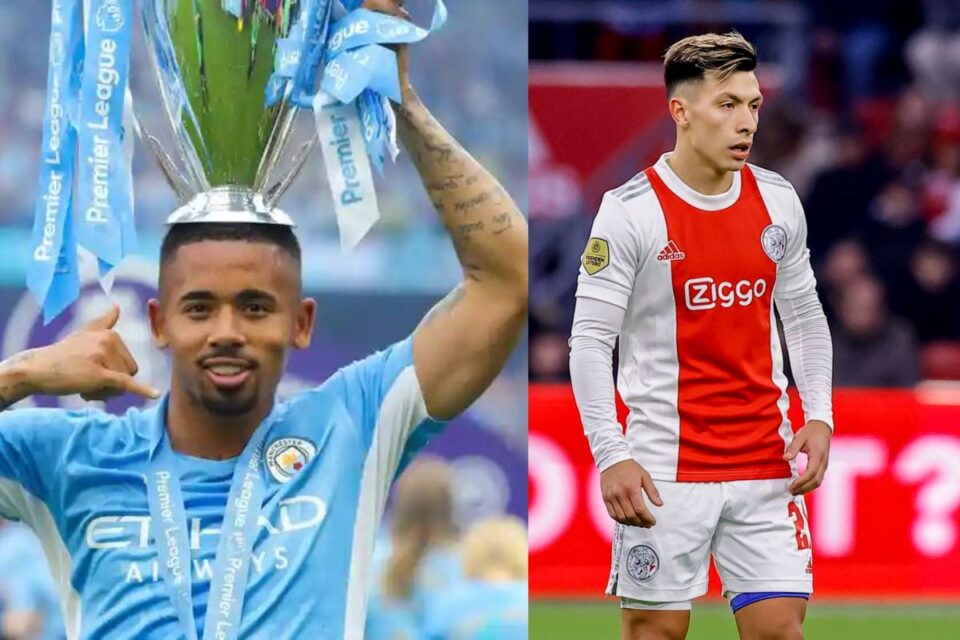 According to reports, Arsenal are expected to complete a £70m double deal for Lisandro Martinez and Gabriel Jesus next week.

The Gunners have kept a low profile in the summer transfer season so far. Thus, it’s been quite a while since they spend a good amount.

So far they have announced only one new signing, Marquinhos, who joined from Sao Paulo for £3 million.

However, a deal for Porto’s Fabio Vieira has been reached. And Arsenal could announce the 22-year-old’s signing with Matt Turner as early as next week.

Mohamed Elneny and Eddie Nketiah have both signed new contracts, while Alexandre Lacazette returned to Lyon on a free transfer.

Moreover,  Mikel Arteta is expected to oversee additional new signings ahead of the 2022-23 season.

While Powersportz believes that the North London club could lose £70 million next week. As they try to finalise agreements for Martinez of Ajax and Jesus of Manchester City.

However, Arsenal’s £35 million bid for Jesus has previously been rejected by the Premier League champions. While the Citizens are sticking to their £50 million asking price.

With Jesus’ contract expiring in 2023 and competition from Julian Alvarez and Erling Braut Haaland, Arsenal are optimistic that they can negotiate a lower fee.

Chelsea, Juventus, and Tottenham Hotspur have all been linked with a move for Jesus. But Arsenal lacks the benefit of Champions League football.

In the meantime, Arsenal has emerged as a possible destination for the 24-year-old Martinez.

As Arteta is still looking to reinforce his defensive ranks ahead of William Saliba’s return from Marseille.

Arsenal about to spend £70m to complete a dual deal

The Gunners are planning to lure in the services of Gabrial Jesus and Lisandro Martinez. But how have they performed in their previous season?

Jesus has scored 13 goals and added 12 assists in 41 games across all competitions in 2021-22. Moreover, he won his fourth Premier League title with 17 direct contributions in 28 top-flight matches.

Meanwhile, Martinez scored one goal and assisted on four others in 36 games for Ajax last season. However, he has been linked with a Manchester United reunion with Erik ten Hag.