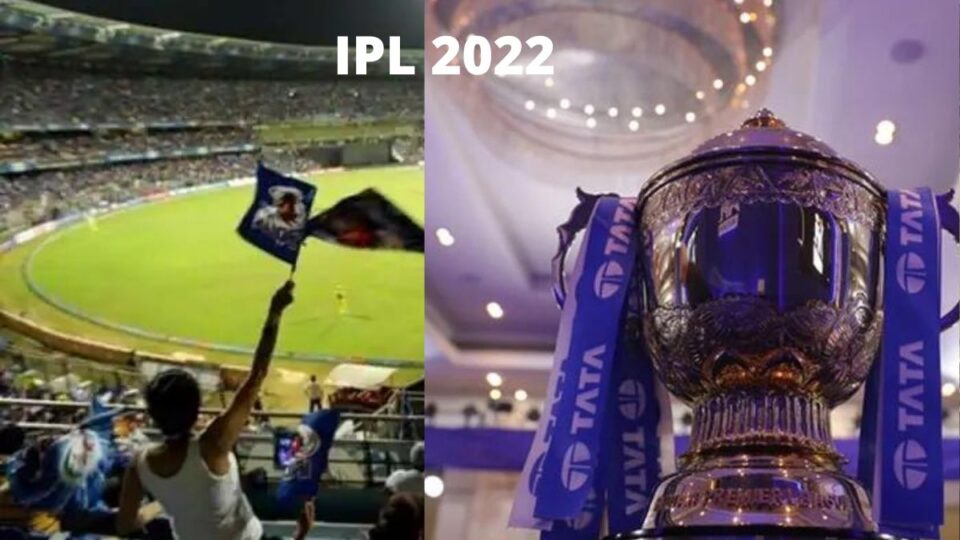 The 15th edition of IPL will commence on the 26th of March, Saturday and talks have already begun regarding the tickets for the first match. Thus, the crowd capacity allowed for the IPL matches yet remains to be the deciding factor.

The 2022 season of the Indian Premier League in Maharashtra is expected to see more than 25% capacity crowds at the venues. Although the state government has granted permission for only one-fourth of the stadium’s capacity, the Board of Control for Cricket in India (BCCI) is hopeful that as the league advances, more supporters will be admitted.

An office-bearer of the BCCI said

“That is our understanding. Going forward the stadiums will have more fans than initial games,”

“With Covid cases coming down by the day, we are hoping more people will be in the stands.”

According to preliminary estimates, the Wankhede will hold 9,800-10,000 people, while the nearby Brabourne Stadium, which holds roughly 28,000 people, will hold up to 7-8,000, and the DY Patil Stadium in Nerul, which is larger, would hold 11-12,000 people. The Maharashtra Cricket Stadium in Pune will initially seat 12,000 people.

The BCCI is obviously ecstatic as fans flock back to the venues. It has expressed delight with the attendance at recent international games against the West Indies and Sri Lanka at Kolkata, Dharamsala, Mohali, and Bengaluru.

Writing a letter to the state units, a BCCI secretary said

“Team India have just wrapped an amazing home run with clean sweep, first over West Indies team and now against the Sri Lankan team. The pink-ball Test in Bengaluru witnessed a full house and the team led by Mr Rohit Sharma outperformed the opponents in all three departments,”

Meanwhile, with the successful competition of the Ranji Trophy across 20 stadiums, BCCI is optimistic about IPL 2022.

Moreover, the BCCI presidents and secretaries of the state units have been invited to the Wankhede for the maiden IPL game on March 26.

“The preparations for the IPL have well and truly begun. The upcoming season is filled with excitement opportunities and as the IPL will now have 10 teams. The cities of Lucknow and Ahmedabad have world class cricketing stadia and deserved a team of their own. The fan base in these two cities and states will boost the reach and popularity across India even more. Our fans have been devoid of IPL action. I am glad they will be back this time adding to the excitement,”

As mentioned in the invitation.

Thus, it will be interesting to see how much crowd will be allowed as the tournament evolves. Meanwhile, the first match will take place in the Wankhede Stadium, Mumbai. The previous edition’s final will serve as the starter for the 2022 season of the IPL.