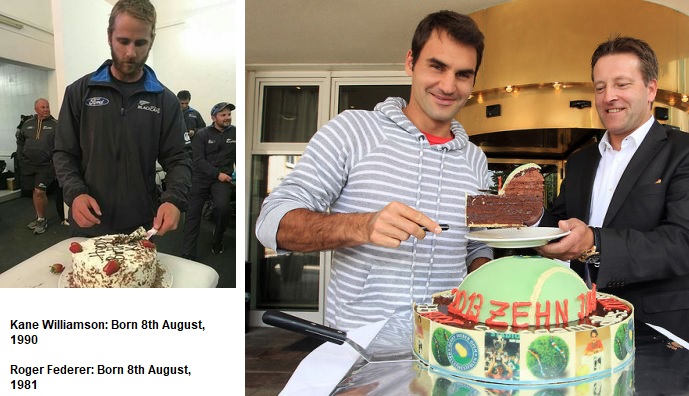 Numerology played a strange role in yesterday’s two major international sporting events, and those who are skeptical would now think twice before rubbishing it the next time. Roger Federer lost his final at the Wimbledon against Novak Djokovic. A few miles away, Kane Williamson, skipper of New Zealand, also lost the ICC CWC 2019 final at Lord’s against England.

Both these players, besides losing their games also share their birthdays which is the 8th of August. Roger Federer was born on 8 August 1981 in Basel, Switzerland. Born on the same date, but a few years apart was Kane Williamson in 1990 in Tauranga, New Zealand.

It was a close brush for both of them yesterday, and they both lost by a whisker. Probably, it was destined and wasn’t meant to be a day for the Number 8 people. Just Kidding! They are absolute rockstars in real lives!!!