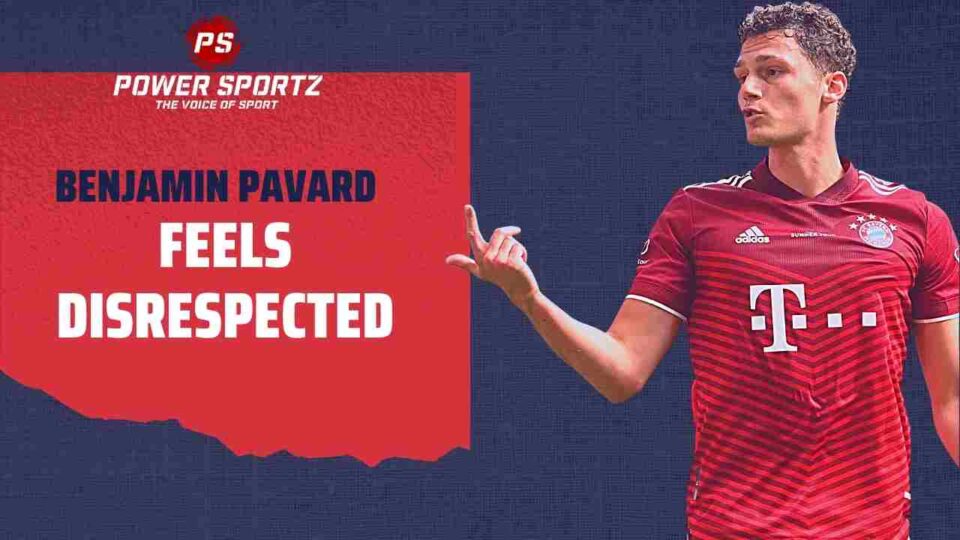 Benjamin Pavard plays for the German giants ‘Bayern Munich’; He joined the club in 2019 for a transfer fee of around 35 million euros. He has helped his club win two ‘Bundesliga’ titles along with one Champions League title over the course of the last two seasons. Bayern Munich are the current leaders in the German League; Julian Nagelsmann’s men are the favourites to win the league this season.

Despite, achieving so many accolades Pavard doesn’t get the respect he deserves in France. This has lead to the Frenchman feeling agitated. In an interview with the Canal Football Club he stated that, “I put the criticism in France into perspective. I left France when I was young, I didn’t play a lot of matches in Ligue 1 so the French public doesn’t know me. Or they only know me through my goal at the 2018 World Cup. From that moment on people started paying attention to me.”

The defender further added that , ” I’d like to have more respect from the French, because I am French myself. But I’m not going to force people to watch Bayern Munich matches. The real ones, those who know football, are aware of the performances I’ve had and am putting in.”

Lastly, Benjamin Pavard expressed that, “I’ve discovered a new position with France recently, as a right wing-back. I used to play as a central defender at Stuttgart. I’ve been a starter at Bayern Munich for two years as a right-back. I’ve gotten a bit used to that position. As a right wing-back, I won’t be at the top level straight away. It’s a new position for me, I’ve only just begun in it.”

Will the France football fans ever love Benjamin Pavard?

The 25 year old has the potential to become one of the best defenders in the world; It will be interesting to see how French fans will treat him after the recent statements he has passed. Many suggest in order to be loved by his countrymen Pavard should try to move out of Germany. The French international has a contract which extends till 2024. As of now no other teams have shown interest to sign the player.