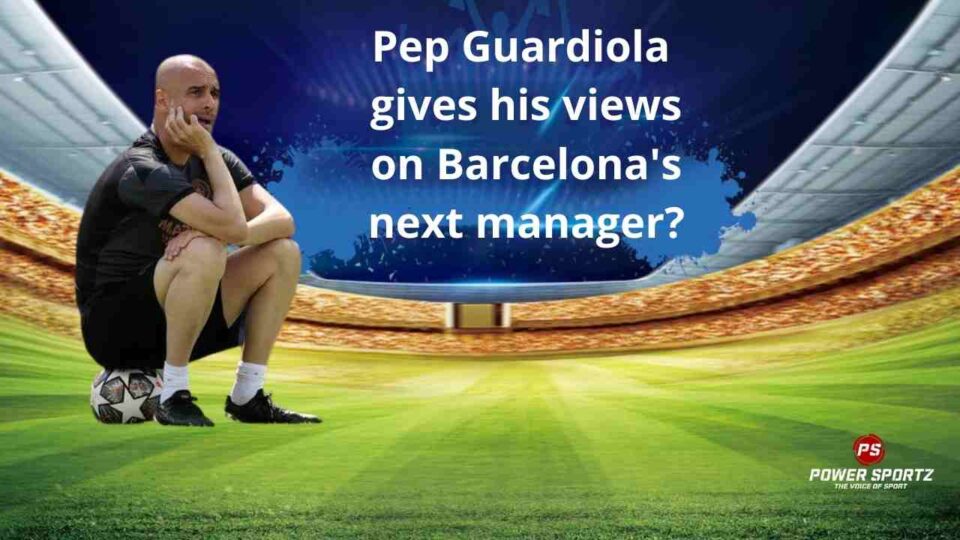 Pep Guardiola is managing Manchester City; He has helped his side become one of the best teams across Europe. The Spaniard has won three Premier League titles along with five other major English titles since his appointment in 2016. Even though he has been incredible domestically his side has failed to win the Champions League; In the 2020-2021 season, they lost the finals to Chelsea.

This season Manchester City is coming third in the table two points off the league leaders Chelsea. They have been in exceptional form and have only recorded one loss in the first nine games. This is because Pep Guardiola has made his side’s defense extremely effective; they have conceded 4 goals in 9 league games which is the second-best defensive record in the league. Furthermore, in the Champions League, the Manchester side is coming second; as they have won two out of the three matches they have played.

Barcelona has sacked Ronald Koeman from the club; this is because he has not been able to guide his team this season. The Spanish giants are coming 9th in the league after playing 10 games this season. Additionally, they have been poor in the Champions League this season; They have only been able to record one win and are coming third in their group. Barcelona’s biggest problem this season has been poor defending; The club is hopeful that their new manager will be able to resolve their issues.

Xavi is rumoured to be appointed as Barcelona’s new manager; Pep Guardiola in a recent press conference expressed that, “I don’t know what will happen. I’m pretty sure sooner or later it will happen… in case it does… I don’t have any doubts he’s ready to do the job.” Manchester City’s manager further added that, “He knows the environment which is so important in this role. He knows the game, he has passion. He has more experience now than I had when I took over from the ‘B’ team at Barcelona.“

Even though Xavi and Barcelona are yet to announce this deal; Do you think that he will be able to improve Barcelona?