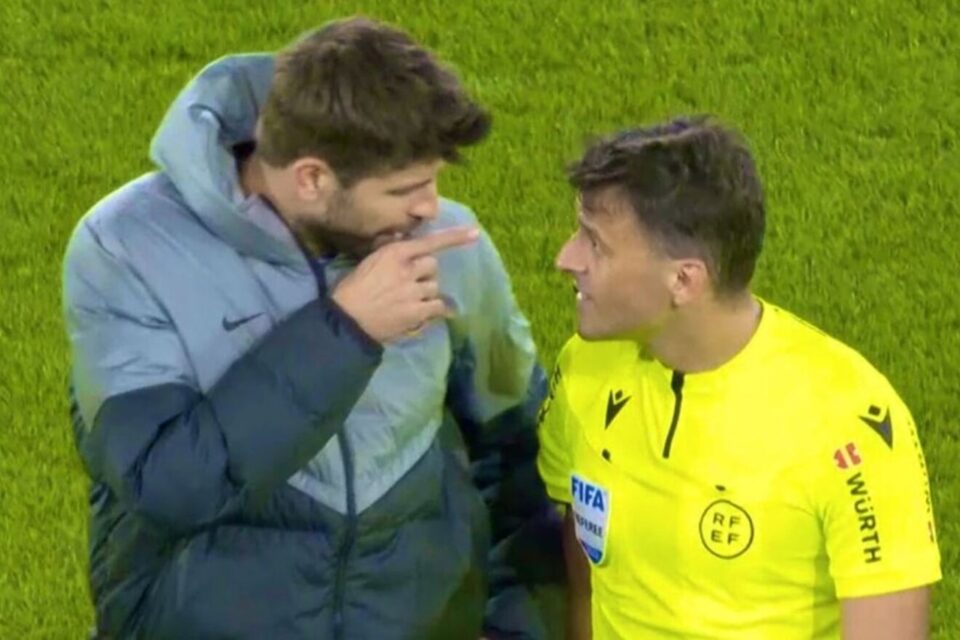 The 35-year-old defender, who made his penultimate Cam Nou appearance in Barca’s 2-0 triumph over Almeira the previous weekend, did not play against Osasuna as the Catalan giants earned their fifth straight La Liga victory.

After a heated first half at the Estadio El Sadar, Pique was given his marching orders after fighting with the referee Jesus Gil Manzano as both teams made their way down the tunnel at halftime. Following an out-swinging corner from Osasuna’s Ruben Garcia, David Garcia headed into the bottom corner to give Osasuna the lead in the sixth minute.

When Robert Lewandowski was dismissed after receiving two cautions in the first 31 minutes, Osasuna’s chances of defeating the Catalan club were subsequently increased. Lewandowski received his second caution for ramming into David Garcia and elbowing the Osasuna winger in the face after receiving an early caution for a full-on Ignacio Vidal.

Pique unable to play 90 minutes in his farewell Barcelona match

Barcelona trailed by one goal at the half, and Pique was upset by the official’s decision to send off Lewandowski before getting his own red card after the buzzer sounded. With eight red cards for Barcelona in La Liga history, the seasoned defender has entered an exclusive company that also includes Pep Guardiola and Hristo Stoichkov.

In the second half, Pique and Lewandowski were unable to assist their colleagues, but Xavi’s team was still able to win without them thanks to goals from Pedri and Raphinha, who completely changed the course of the match.

Three minutes after the half, Barcelona came out strong and equalized the score when Pedri pounced on a loose ball inside the penalty area and struck a shot into the bottom corner.

Ezequiel Avila’s daring curling attempt from the far left side of the field was deflected over the crossbar by Marc-Andre ter Stegen in the 70th minute.

With 10 men on the field, Barcelona continued to press for the winning goal. Five minutes from time, Frenkie de Jong’s lovely floating ball over the Osasuna defence found the run of Raphinha, who looped a header from the edge of the box over goalkeeper Aitor Fernandez.

Xavi’s team has now surpassed Real Madrid by five points at the top of La Liga after Real Madrid’s unexpected 3-2 loss to Ray Vallecano on Monday.