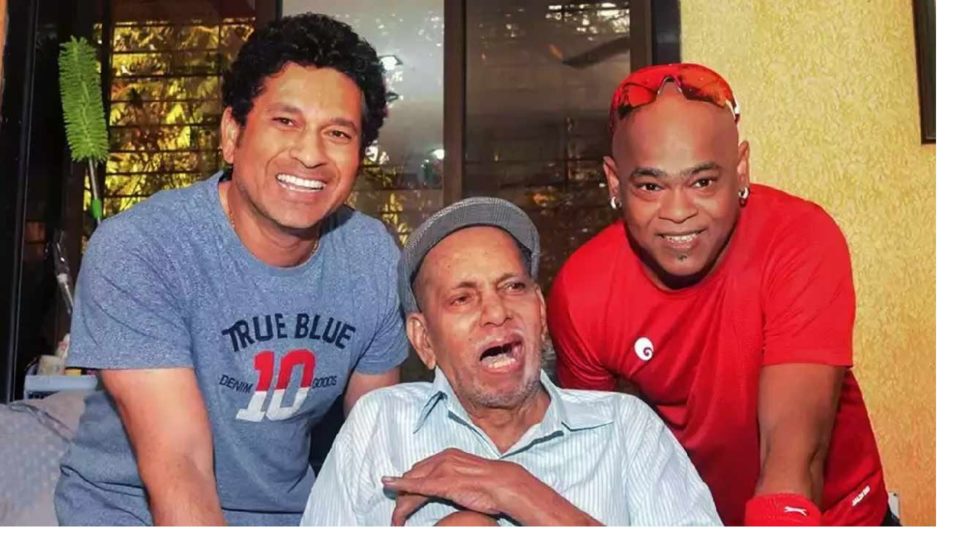 Sachin Tendulkar, on Tuesday, paid his obeisance to his early coach Ramakant Achrekar on the occasion of Guru Purnima. The former Indian batting maestro took to Twitter to express his gratitude and indebtedness to him. The master blaster along with his school mate Vinod Kambli were the disciples of the late Ramakant Achrekar that led to the foundation of these budding cricketers.

It was Achrekar’s fundamental techniques that helped Tendulkar become what he is today. Sachin has always been quite vocal about the timeless wisdom his guru Ramakant Achrekar had passed on to him. The Dronacharya awardee passed away this January at the age of 87.