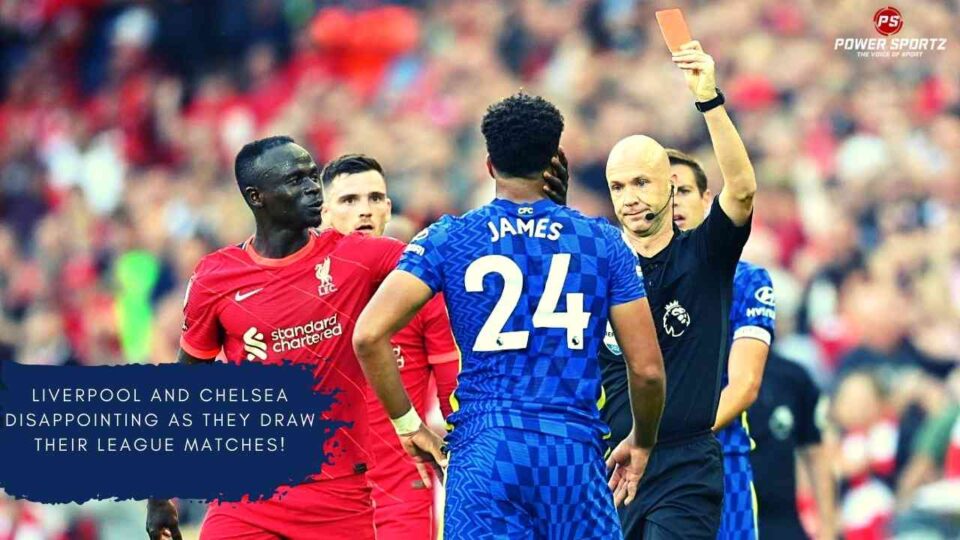 Liverpool, Chelsea, and Manchester City are the three teams in the Premier League title race this season; despite the fact that it is quite early in the season; it will be difficult for any other team to make a comeback by any other team in the league. Currently, after 18 game weeks, the Premier League is being led by City who has 44 points; later in second place, Liverpool has 41 points who are trailing by 41 and lastly, in the third position there is Chelsea with 38 points who are trailing by 3 points.

The Reds had a disappointing match against Tottenham in their last game week; they drew away from home by a scoreline of 2-2. Even though they dominated the match, Harry Kane’s brilliant driven goal in the 13th minute of the match as the visitors struggled to create anything significant; later in the 35th minute, Klopp’s side made a comeback as Diogo Jota put himself on the score sheet. Following this goal in the second half Andrew Robertson and gave them the lead in the 69th minute of the game. However, they weren’t able to hold the lead as Son scored in the 74th minute to make the match end in a draw!

Just like the Reds Chelsea were unable to win their match as they drew to 8th place Wolves; by a score of 0-0. Covid hit Chelsea’s attackers were unable to take their side over the line; this is because they were only able to take one shot on target over the course of the game; which was extremely poor as they had 64% of the ball. Tuchel was extremely frustrated with his side and is now focusing on the next game of the league.

Liverpool and Chelsea should win their draws in the UCL?

The Reds have a difficult draw in the UCL as they have drawn Inter; the first leg of the cup will take place on the 17th of February. This will be difficult because Inter is one of the most in-form teams across Europe who is dominating the Serie A by a margin of 4 points! Do you think Klopp’s side will be able to win this tie with ease and progress further in the cup?

Unlike Liverpool, Chelsea has drawn Lille on the 23rd of February; the defending UCL champions should win this match with ease as Lille has been extremely poor. This is because they are currently coming 11th in the French league; however, Chelsea must learn how to adapt and balance both the domestic league along with the European competition.

Who do you think will win the Champions League this season?

Australia ease past England as they won the second Ashes test!