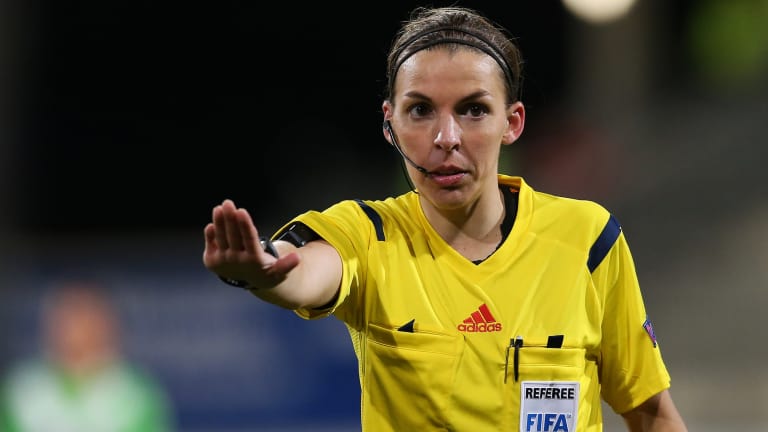 Stephanie Frappart has created history by becoming the first female to officiate a men’s match in UEFA Champions League.

Frappart scripted history after she officiated in the Juventus-Dynamo Kyiv tie on Wednesday night at the Allianz Stadium.  Juventus drubbed Kyiv by a scoreline of 3-0. The match was also significant because star striker Cristiano Ronaldo scored his 750th career goal.

“On Wednesday night, Stephanie Frappart became the first woman to referee a men’s UCL match, when she took charge of Juventus vs Dynamo Kyiv. Congratulations, Stephanie!” UEFA said in a tweet from its official handle.

Even earlier, 36-year-old Frappart had achieved the feat of being the first woman to referee a major men’s European match when she took charge of the UEFA Super Cup final between Liverpool and Chelsea in 2019.

Frappart was also the first female referee to take charge of a French Ligue 1 match when Amiens played Strasbourg in April last year.

She had also officiated the 2019 Women’s FIFA World Cup final between the United States and the Netherlands.