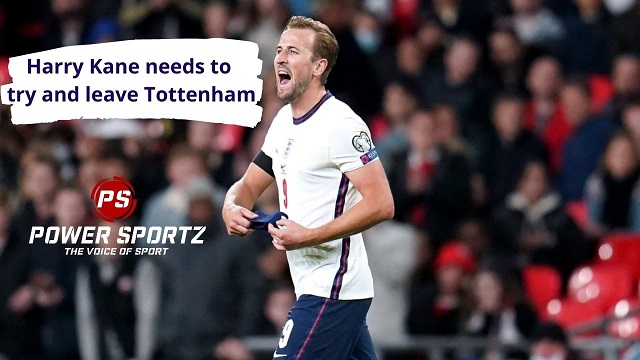 Harry Kane wanted to leave Tottenham over the summer transfer window; However, he was unable to leave as no club could match the valuation of 160 million euros that Spurs had established in order to purchase him. The highest bid that the club received was from Manchester City and was for around 140 million euros; Which was 20 million euros short of Tottenham’s valuation. Towards the end of the last season Kane stated that he was open to the idea of leaving Spurs.

He wants to leave Spurs as he feels like they aren’t competing for silverware on a regular basis. Harry is about to retire in another few seasons and is keen to win some trophies. In addition to winning silverware in his last few seasons the striker wants to play for a club who play in the Champions League. Harry is expected to push for a move away from Tottenham in the upcoming transfer window.

The Englishman doesn’t seem motivated to perform for his side this season. Kane hasn’t been able to score or provide any assists for his team in the league this season. His poor form has resulted in his team underperforming this season; Spurs have only been able to score six goals in the league this season and are coming 8th in the table. Many believe it’s time that Spurs sell their striker because it seems that he has lost his drive to perform for his club. Kane has an estimated market value of around 120 million euros.

Manchester City seem interested to add a centre-forward to their team in the upcoming transfer window. Recent reports have suggested that the club has identified Kane as the clubs primary target in the upcoming transfer window. However, the defending Premier League champions are expected to face a lot of competition from other clubs such as Manchester United and Newcastle United who have also shown interest to signing the player.

Tottenham are expected to accept a big in the region of around 150 million euros. Which club do you think Harry Kane will choose to sign for?