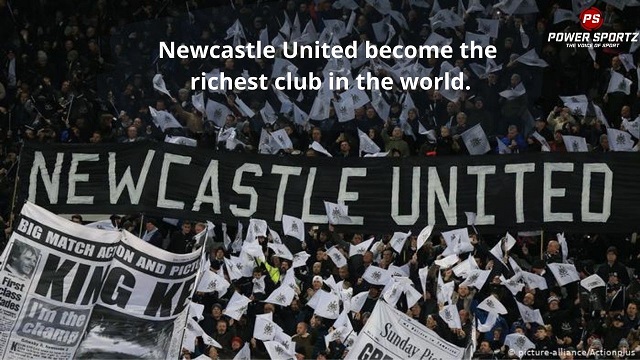 Newcastle United have had a change in their ownership; Saudi Arabia’s Public Investment Fund have bought 80% stake of the club in a deal which cost around 300 million euros. Both Amanda Staveley and Rueben Brothers have a stake of 10% each of the club. The club will be headed by Amanda Stavely who has promised that the club will have a promising future.

Many football fans have opposed this move because of Saudi Arabia’s human rights issues. Many fans believe that the Saudi PIF are using the club to ‘sport-wash” their image globally; They feel it’s completely unethical and immoral that the English FA have allow a Premier League club to have such owners. However, majority of the Newcastle’s fans seem unbothered by their owners background. The ‘Magpies’ have been struggling in the English league and their fans are desperate to see their club perform better in the near future.

Saudi Arabia’s PIF are worth 700 billion euros which makes the Magpies the richest club in the world. The English side will try to sign many players over the upcoming transfer window. Rumours suggest that the club will try to sign many players such as Anthony Martial, Philipe Coutinho, Lingard and Icardi in the winter transfer window. It might take a few years to bring world-class players to St. James Park.

Newcastle United are 19th in the English league and haven’t been able to win a league game this season. The new owners will be hoping to see an improve in their teams performances; It is anticipated that Steve Bruce will be sacked over in the near future. However, the Magpies haven’t passed any statements till now. The clubs next match is against Tottenham on the 17th of October at 9 PM.