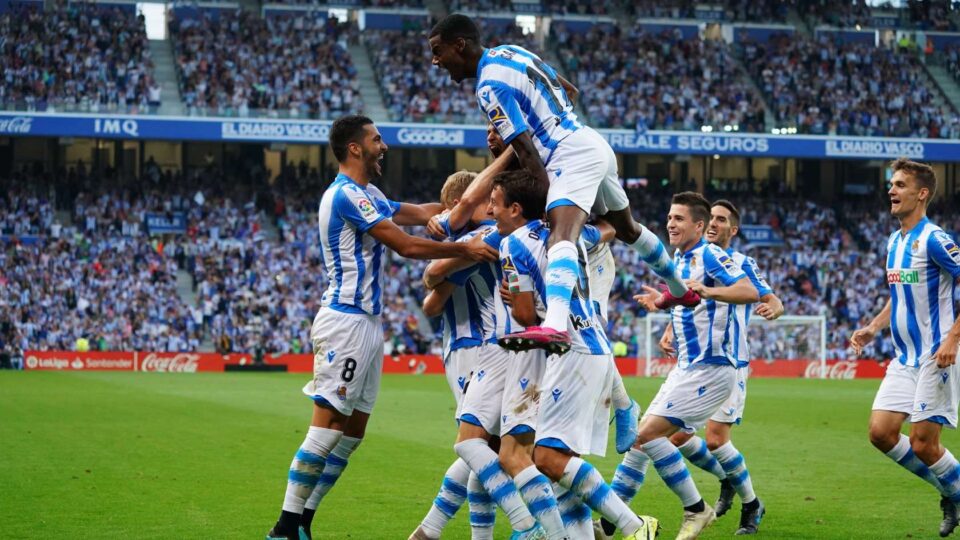 On a roll is Real Sociedad who have gone to the top of the table after the sixth round of matches in La Liga last weekend. They achieved this after they drubbed Betis 3-0 in an away match.

The consolidated squad from San Sebastian produced an excellent all-round display in a game between the teams who had started the weekend being second and third in the table, say reports.

Oyarzabal scored his team’s second goal from the penalty spot in the 74th minute after Marc Bartra was penalised for pulling back Real Sociedad striker Alexander Isak. The final goal was then scored by Adan Januzaj to register an emphatic win with a thumping shot 14 minutes later.

In the second spot climbed Villarreal after a 2-1 home victory over Valencia and on goal difference. Interestingly, Valencia sold midfielder Dani Parejo to join Villarreal in the summer to try and cut their wage bill but it worked out to be expensive and boomeranged when Parejo scored Villarreal’s winning goal in the east coast derby.

Cadiz orchestrated the shock of the weekend on Saturday with a 16th minute goal from striker ‘Choco’ Lozano giving the recently promoted side their first ever away win vs Real Madrid. Barcelona also fared very badly and no better than Madrid as they caved in 0-1 in Getafe.

Real Madrid now sit at the third spot while the Barca skidded to the ninth.