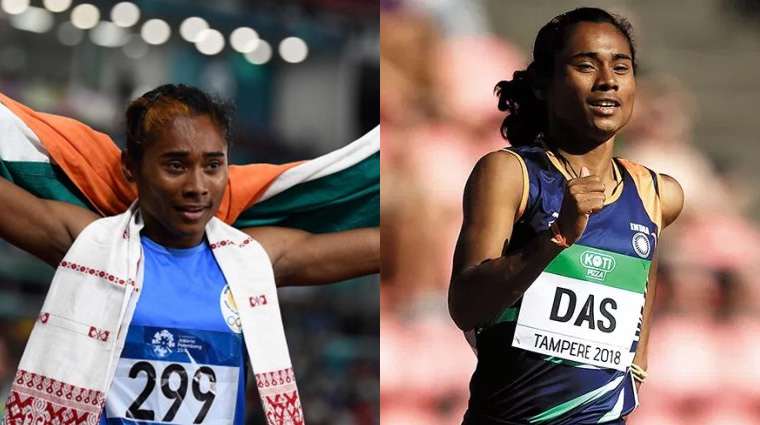 It is quite disheartening that Hima Das is ruled out of the World Athletics Championships due to nagging back pain. The Junior World Champion touted as a great prospect in India’s athletic outing at the world stage, will not be able to go to Doha for the upcoming event. “Unfortunately Hima will not be able to compete at the World Championships in Doha due to her back pain,” AFI said in a media release.

However, a section of the media is also pointing fingers at AFI for not handling the issue properly, which led to the aggravation of Hima’s back condition. The Athletic Federation of India hugely mismanaged her injury that led to this predicament days before the championships. There are two different versions that came from the AFI, that too in a span of one month. This has raised much doubt over their lackadaisical dealing with the injury of a promising athlete like Hima Das.

One version says that Hima went down on her performance because she was away for 45 days owing to her exams and academic pursuit. The other version acknowledged her back problem for which her coach made her run at a slower pace.

People are alleging that despite her problem, AFI allowed her to participate in lower-level meets in Europe. Hima, on her part, said that the back problem started even before the Asian Games and it only exacerbated from there. Even though she was in the midst of appearing for her class 12 papers, she continued with her training, participated and excelled in lower-tier competitions.

This is a serious setback for India’s medal prospects at the World Championships as Hima could have earned a couple of gold medals for the nation.