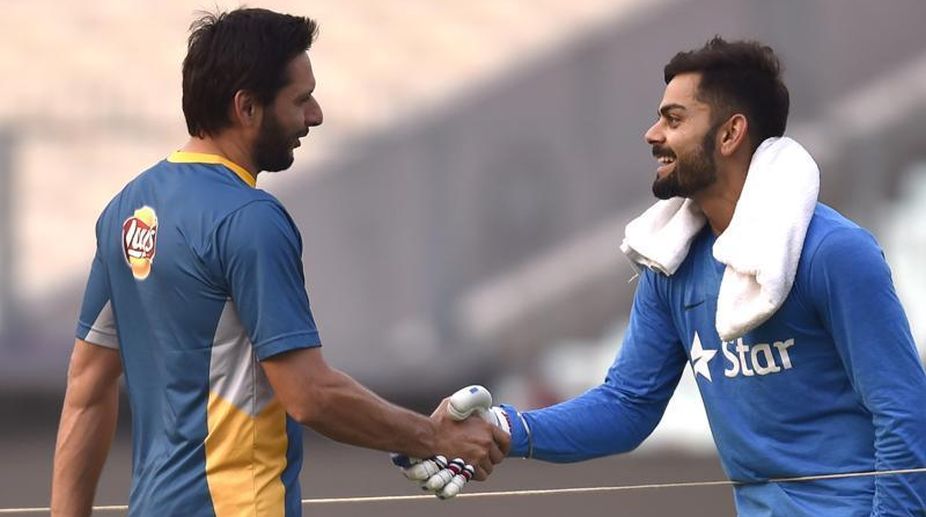 However the story is at the border, but in life players don’t mind celebrating each other’s success. And the best example is when former Pakistan captain Shahid Afridi congratulated Kohli and wished him continued success after India skipper Virat Kohli’s spectacular knock against South Africa in the 2nd T20I.

Virat Kohli became the only batsman who has his batting average above 50 in all three formats of the game.

Afridi has repeatedly praised Virat Kohli for his extraordinary batsmanship. Kohli is the only Indian cricketer ahead of Sachin Tendulkar and MS Dhoni to be picked by Shahid Afridi in his all-time World Cup side.