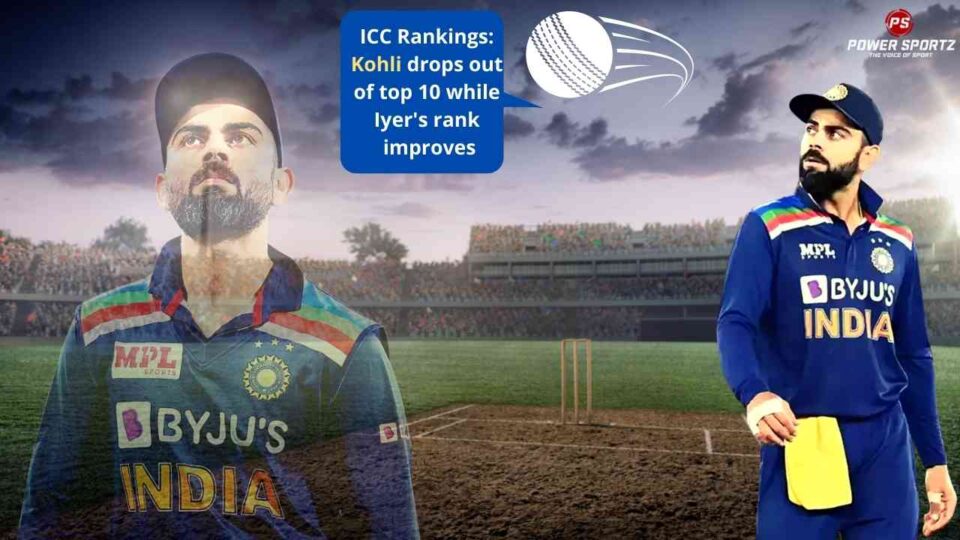 International Cricket Council (ICC) announces the revised rankings on Wednesday, according to which former Indian skipper couldn’t find a spot in the top 10 of the Men’s T20 rankings.

Virat Kohli took a hit in the ICC rankings following his absence from the T20 series against Sri Lanka. The 33-year-old was replaced by Shreyas Iyer, who eventually turned out to be the player of the series. Performing exceptionally well, Iyer moved up to the 18th spot in the rankings gaining 8 more points.

Meanwhile, Kohli slipped down to 15th. In India’s 3-0 clean swipe against Lanka, the 27-year-old scored 204 runs. Moreover, it included three unbeaten half-century knocks of 57, 74 & 73 runs. This gained him a promotion of 27 places as he now sits at the 18th spot.

Now, India will be looking forward to their 2-match Test series against the Lions.

Who topped the table in the ICC Test Rankings?

South Africa completed a dramatic comeback in New Zealand, winning the second Test in Christchurch to tie the series. Kagiso Rabada was named Player of the Match for his eight wickets in the game, which he combined with a useful performance of 47 to propel him to third place among Test bowlers. Only Pat Cummins and R Ashwin are presently ahead of him in the rankings.

Kyle Jamieson fell two places to fifth and Tim Southee fell one spot to sixth among Test bowlers as a result of New Zealand’s poor performance, while Devon Conway’s 92 in the second innings propelled him up six places to No. 17.

Meanwhile, Indian all-rounder Ravichandran Ashwin also hold on to his 2nd spot in the Test all-rounders rankings. The 35-year-old will now look to register himself at the apex after delivering good performance in the upcoming Test matches.