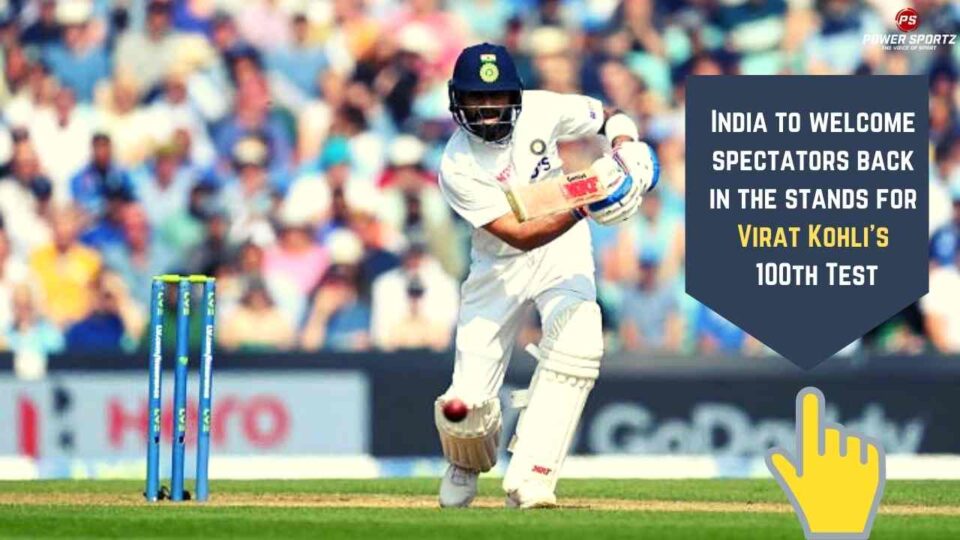 The first Test between India and Sri Lanka, which is set to begin on March 4 in Mohali, will not be held behind closed doors, as was originally planned. Moreover, Virat Kohli, the former India captain, will play his 100th Test match for his country at the Punjab Cricket Stadium.

In an interview released on the 1st of March, Jay Shah, Secretary of Board of Control for Cricket in India said

“The first Test between India and Sri Lanka will not be staged behind closed doors at the Punjab Cricket Stadium in Mohali. The decision to admit spectators into the ground is made by the State Cricketing Associations and is based on a number of variables in the current situation. I spoke with the PCA office bearers, and they confirmed that cricket fans will be able to witness Virat Kohli’s historic 100th test match.”

“I am really looking forward to Virat Kohli’s 100th Test and wish our champion cricketer the very best. This is an occasion for our fans to savour. May he continue to represent the country in many more matches to come.”

Meanwhile, Kohli’s milestone achievement of playing 100 Tests was also recognised by the PCA. Kohli has 7962 runs at an average of 50.39 in 99 Tests.

The former Indian skipper will be looking forward to adding tons of runs at Mohali and seizing the moment.

On Friday, Virat Kohli will become the 12th Indian cricketer to play in 100 Test matches. Kohli has 27 centuries to his name – the fourth-highest for an Indian – to go alongside 28 half-centuries.

Since his debut, Kohli has amassed the most Test hundreds. Only Australia’s Steve Smith has more tonnes since June 2010 than the former Indian captain.

Kohli used to have a lot of joy uncorking double tonnes while he was in his prime. He has seven 200+ scores, two more than Brian Lara. He’s also one of just two captains in Test history (the other being Michael Clarke) to score double hundreds in successive innings.

Indian & Kohli fans will be hoping that Kohli makes the occasion more special by adding another double ton when India steps on the field for their 1st of the 2-match Test series against Lanka on Friday.