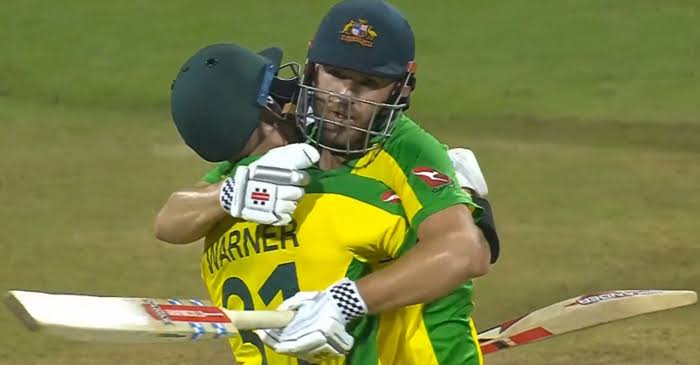 Australia took a 1-0 lead in the three-match ODI series by defeating India by 10 wickets in the first ODI match played in Mumbai. Team India came out to bat first after losing the toss and were all out for 255 runs in 49.1 overs. Thus, Australia got a target of 256 runs for victory. In response, Australia achieved this target in 37.4 overs without losing any wicket.

For Australia, David Warner (128 not out) and Aaron Finch (110 not out) scored centuries. Both made the record for the biggest partnership against India by chasing. This is the third time in ODI history when a team has won by 10 wickets chasing a target of 250 or more runs. All the three losing teams with this margin are Asian.

India’s top order did its job but the middle and lower order failed completely. Shikhar Dhawan scored 74 and Lokesh Rahul scored 47 runs. The rest of the batsmen could not contribute much. Rishabh Pant 28 and Ravindra Jadeja scored 27 runs. For Australia, Mitchell Starc took three wickets, Pat Cummins and Ken Richardson two each and Adam Zampa and Ashton Agar took one wicket each.

Warner completed 5000 runs in ODIs in this match. His innings included 17 fours and three sixes while Finch hit 13 fours and two sixes. The second ODI between these Ind vs AUs will be played in Rajkot on Friday.