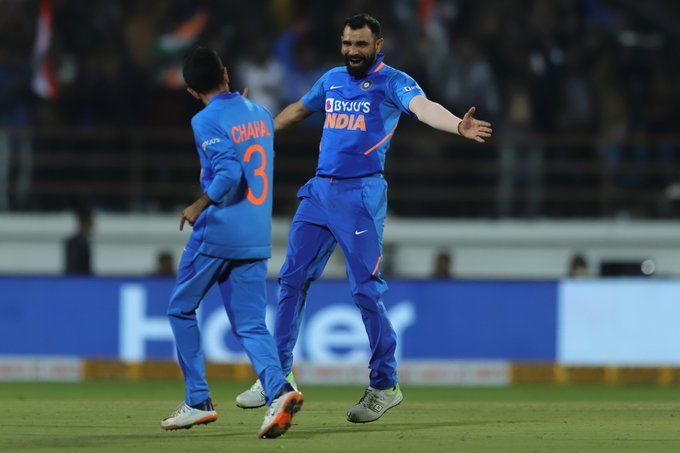 India defeated Australia by 36 runs in the second match of the three ODI series. With this victory, India brought the three-ODI series to 1-1.

On Friday in Rajkot, Australia won the toss and decided to bowl first. India scored 340 for 6 wickets in 50 overs with the help of half-centuries from their three batsmen. Shikhar Dhawan scored 96, Lokesh Rahul 80 and Virat Kohli scored 78 runs. The Australian team scored only 304 runs in 49.1 overs. This is Indian team first win in three ODIs at this ground. Earlier in 2013, England and in 2015 South Africa defeated India.

Australia started poorly while chasing the score. David Warner returned to the pavilion after scoring 15 runs. Aaron Finch (33) was stumped by Rahul. After this Steven Smith (98) and Marnus Labuschagne(46) strengthened Australia by making partnership of 96 runs for the third wicket. Labuschagne was out on team score of 178 while Alex Carrie (18) was out on team score of 220.

After the dismissal of Smith, the Australian team got in trouble. After this, Mohammed Shami then dismissed Ashton Turner (13) and Pat Cummins (0) on the first and second ball of the 44th over.

Kane Richardson scored 24 not out. For India, Shami took three and Ravindra Jadeja, Kuldeep Yadav and Navdeep Saini two and Jasprit Bumrah took one wicket each.

The third and decisive ODI between the two teams will be played in Bengaluru on Sunday.