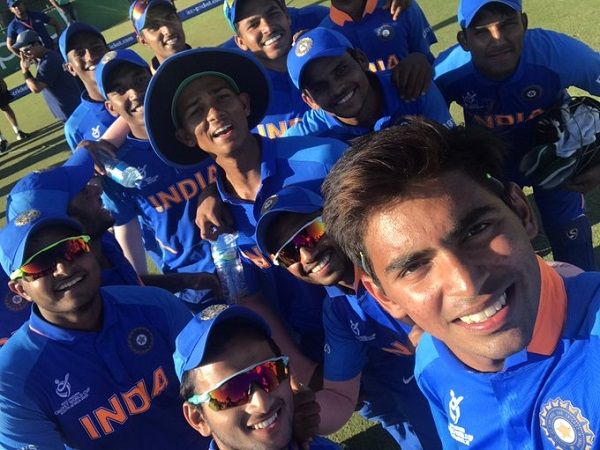 India defeated Australia by 74 runs in the quarter-finals of the Under-19 World Cup on Tuesday. With this win, Team India managed to reach the semi-finals for the 9th time in the history of the tournament. There he can compete with Pakistan or Afghanistan. The fourth quarterfinal between the two teams is due on 31 January. Australia’s team did not reach the semi-finals for the first time since 2008.

India had a target of 234 runs to win in front of Australia, in response Australia were all out for 159 runs. Karthik Tyagi took the maximum four wickets from India. Akash Singh took three and Ravi Bishnoi took one wicket. Yashasvi Jaiswal scored the highest 62 runs in the match for India. Atharva Ankolekar hit an unbeaten 55-run knock.

Three Australian batsmen were dismissed in the first over. Jack Fraser-McGurk (0) was runout off the very first ball. Karthik Tyagi then sent captain Mackenzie Harvie (4) and Lachlan Herney (0) to the pavilion. Oliver Davis (2) was caught by Karthik Tyagi at the hands of Yashswi.

Captain Priyam Garg returned to the pavilion on 5 runs. He was bowled by Connor Sully. Divyansh Saxena was dismissed for 14 runs off 26 balls. He was caught by Patrick Rowe off Corey Kelly. After this, Tilak Verma (2) was caught by Todd Murphy by wicketkeeper McKenzie Harvy. Team India did not make any changes in the playing eleven.

India’s semi-final match will take place on 4 February on this ground.