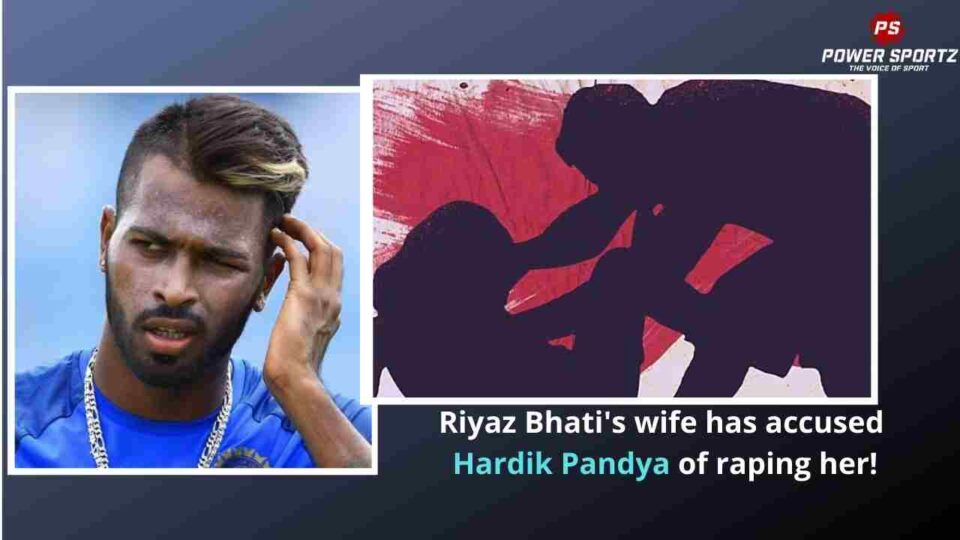 The wife of Riyaz Bhati, a close associate to underworld don Dawood Ibrahim, has accused cricketers Hardik Pandya and Munaf Patel, as well as Congress politician Rajeev Shukla, of rape in a startling claim. Rehnuma, Riyaz’s wife; claims she married him when she was 15 years old. Her spouse was accused of marital rape, torture, and violence. Riyaz, she alleged; pushed her to have sexual encounters with high-profile businessmen; and other celebrities and threatened to murder her and their two children if she did not comply.

Rehnuma alleged in her lawsuit that she was compelled to sleep in a hotel with former Indian bowler Munaf Patel. She further claimed that Pandya and two of his pals raped her when she was under the influence of alcohol. In her statement, she claimed that Pandya “committed unnatural sexual activities under the influence of alcohol and drugs.” These claims will be examined by the court of law. Moreover, Pandya has not accepted or denied these claims as of now.

More information about this news!

Rajeev Shukla, a Congress politician and former head of the Indian Premier League (IPL), is another high-profile guy whose name has been dragged. Shukla allegedly raped Rehnuma and threatened to make personal photos and videos of her public. In 2016, Rehnuma and Riyaz separated. It is rumoured that the former was allegedly abducted and put back into the flesh trade in 2019; meanwhile, Riyaz is on the run.

She further stated that “I have been trying to get the police to register an FIR, but they are not complying. My application was submitted in September, it is already November now. ”Rehnuma further expressed that, “I have followed up with various levels of police authorities multiple times. I was told to give some money, but why should I spread corruption? I am right in my place.” This case keeps getting more complicated as days pass by!