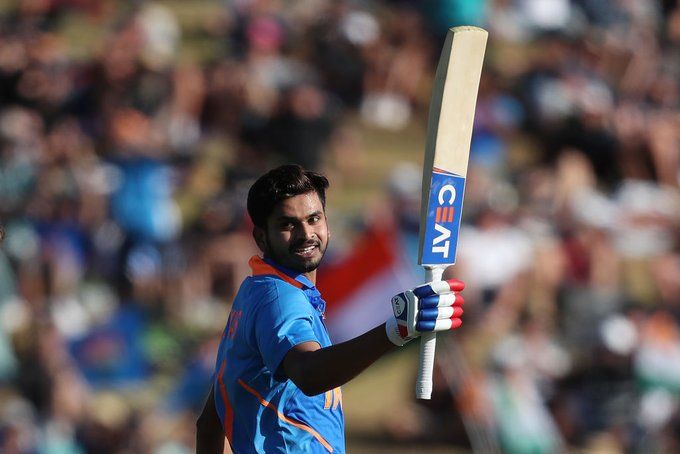 After winning five consecutive T20 matches on the New Zealand tour, Team India has suffered for the first time on the tour. In the first ODI match played at Hamilton, New Zealand defeated India by 4 wickets to take a 1-0 lead in the three-match ODI series.

After losing the toss, Team India came out to bat first and scored 347 runs after losing 4 wickets in 50 overs and gave New Zealand a target of 348 runs to win. Shreyas Iyer scored the first century of his ODI career for Team India. Shreyas Iyer scored 103 runs off 107 balls. Apart from this, KL Rahul played an innings of 88 runs in 64 balls. Captain Virat Kohli scored 51 runs.

Prithvi and Mayank were included in the team in place of injured Shikhar Dhawan and Rohit Sharma.

New Zealand achieved their biggest run chase of ODI history. Earlier in 2007, he scored 347 runs against Australia at the same ground. New Zealand took a 1-0 lead in the series with this victory. The second match will be played in Auckland on 8 February.