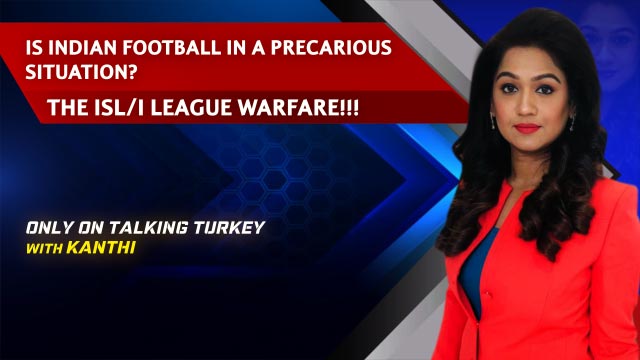 The acrimony between ISL and I-Leagues hasn’t reached a conclusion as both football leagues are trying hard to grab the distinction of being the premier league in India. Representing the nation at the AFC Champions League is the actual bone of contention between ISL and I-Leagues. On top of it, the AIFF is also taking a partisan stand, giving a step-motherly treatment to ISL.

This was the topic in “Talking Turkey with Kanthi” on August 2, the weekly sports debate show on Power Sportz, that goes live every Friday at 8 pm. Show host and Editor-in-chief of Power Sportz, Kanthi D Suresh tries to probe the issues and dissect what is rotting football in India.

Guests who joined her on the show were Jaydeep Basu, an eminent journalist and football writer and Shaji Prabhakaran, president of the Delhi Football Association. There was another important participant, patched-in live from Chandigarh—Ranjit Bajaj, owner of I-League franchise Minerva Punjab.

There were too many revelations as the show progressed with Kanthi D Suresh asking open-ended questions to the participants. So, if you are a football fanatic, click here to watch the show ”Talking Turkey with Kanthi” and discover unknown truths about Indian football.