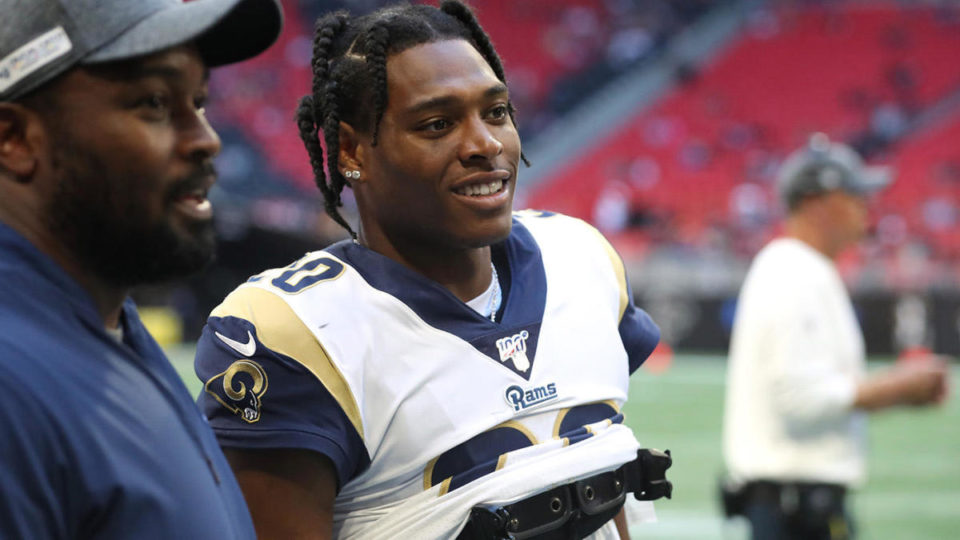 The Rams are all set to take on to the Steelers in Pittsburgh on Sunday, where Los Angeles cornerback Jalen Ramsey is allegedly tasked to cover receiver JuJu Smith-Schuster.

However, Ramsey doesn’t seem to be too worried about the matchup, as he in an interview said that JuJu may be the Steelers number one receiver, but he’s not Antonio Brown.

In an interview with the reporters, while being asked about the matchup with JuJu Smith-Schuster, Ramsey said, “No disrespect to him, he’s not Antonio Brown.”

Ramsey further said that he likes Smith-Schuster’s style of play, he added, “He plays very physical, he plays strong, aggressive through the catch.”

Well, let’s see how Ramsey will back it up on Sunday. Just a day left to watch and see!!