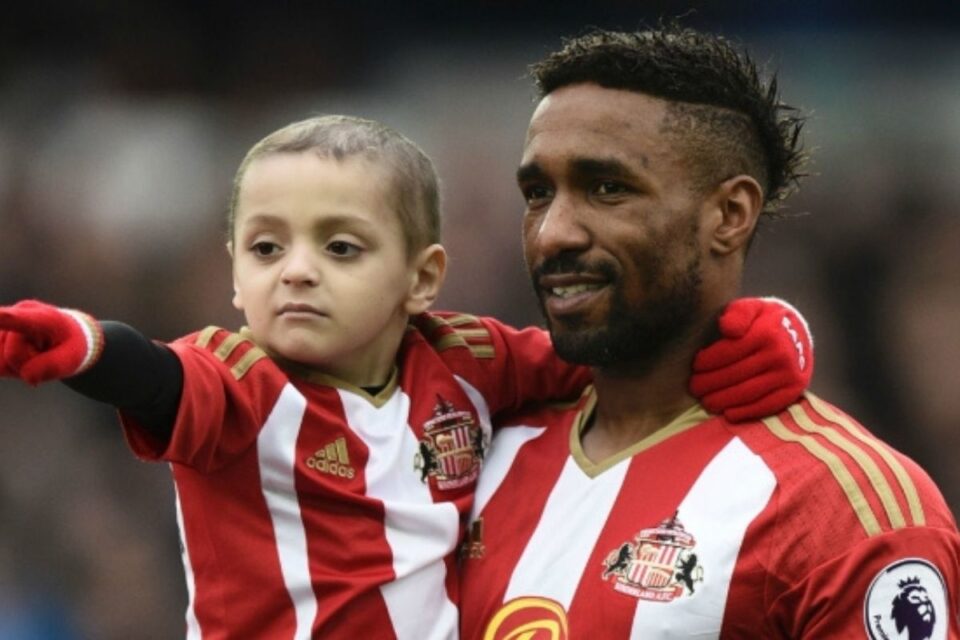 The former West Ham and Tottenham striker, Jermain Defoe, who is 39 years old, has declared his retirement from professional football. After returning to Sunderland in January, Defoe had been playing for the club where he spent two-and-a-half seasons between 2015 and 2017. His contract with the club was set to expire at the end of the season.

Jermain Defoe, who was in his second tenure at Sunderland, scored 305 goals in 764 professional club games; the former England striker began his career at West Ham and rose to prominence with Tottenham; Defoe later played for Rangers, Bournemouth, Portsmouth, and Toronto FC.

Prior to rejoining Sunderland, Defoe spent the previous season at Rangers, where he scored 32 goals in 74 games and helped the club win the Scottish Premiership.

Beckton-born Defoe began his professional career with West Ham in 1999, when he was 16 years old, after playing junior football for famed east London team Senrab. A year later, he made his first-team debut.

The striker was West Ham’s leading goalscorer in the 2001/02 season, scoring 41 goals in 105 games for the club, although he was unable to save the Hammers from relegation.

Defoe scored 19 goals in 31 appearances for Bournemouth during a loan stay, including a league-record 10 consecutive goals.

He made his England debut a few months after joining Spurs, and went on to win the first of his 57 caps.

Meanwhile, Defoe made 363 appearances for Tottenham throughout the two periods, scoring 143 goals, before leaving to Toronto FC in early 2014.

However, Defoe only stayed with the MLS team for 11 months before returning to England to join Sunderland.

“After 22 years in the game, I have decided to retire from professional football. It’s been a really tough decision, and one I have discussed with my family and those closest to me.

On recalling his journey in the world of football, the 39-year-old further added saying

“I made my professional debut at 17 years old in 1999, and I feel now is the right time to bow out. I have had an incredible journey and have met some amazing people in the game.

Talking about his future the former England striker said

“I now look forward to spending some quality time with my friends and family before moving forward on this next chapter in my career.”

When asked about how difficult the decision was, Jermain Defoe said

“It was obviously a tough decision because when it’s your dream growing up to play football at the top level, knowing at some stage you’ll have to stop is unthinkable, you can never imagine stopping,”

After thanking his teammates and everyone in the world of football, the former England international summed up saying

“Lastly, I want to say thank you to my mum. You gave me a ball at two years old, and you made me believe my dream could happen. All that I am is because of you, and I owe everything to you and God.”

Thus, it was a beautiful journey for a kid who had always dreamed of playing professional football at the highest level. Thank you Jermain Defoe for the sheer entertainment.