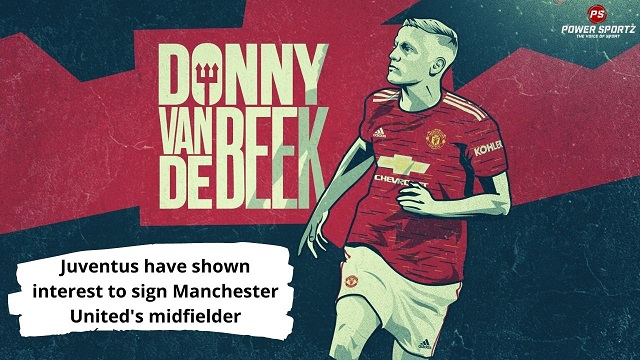 Juventus have had an insignificant start to their season. The Italian club have only managed to pick up eleven points from the seven games they have played in the Serie A this season. This has lead a lot of speculation; Rumours suggest that they would try to sign new players in the upcoming transfer window in hopes to improve their performances this season.

Many players have are being link with moves to the Zebras; These include players such as Paul Pogba, Bakayo Saka, Bernardo Silva and Donny van de Beek. These players could help add more depth and structure to their side. However, as things stand the club haven’t approached any of these players clubs to discuss about a potential transfer.

The Dutch international hasn’t been able to feature in games on a regular basis for Manchester United; The midfielder has only played for 517 minutes ever since he was signed in 2020. Even-though Donny has a contract till 2025, many believe that United will be open to sell the midfielder. Many clubs such as Arsenal, Newcastle and Juventus have shown interest in the playmaker. The player hasn’t passed any statements about his future and is training with Manchester United. Currently van de Beek has a transfer value of around 25 million euros; which will reduce further if he doesn’t get to play games in a consistent manner this season.

Many believe that Donny might prefer a move to Juventus in the upcoming transfer window. This is because he will get the chance to play alongside Matthijis de Ligt who played with in Ajax. In addition to playing with de Ligt the midfielder will get to play with many world-class players and challenge for titles on a regular basis. Do you feel Donny van de Beek will leave England in the upcoming transfer window?