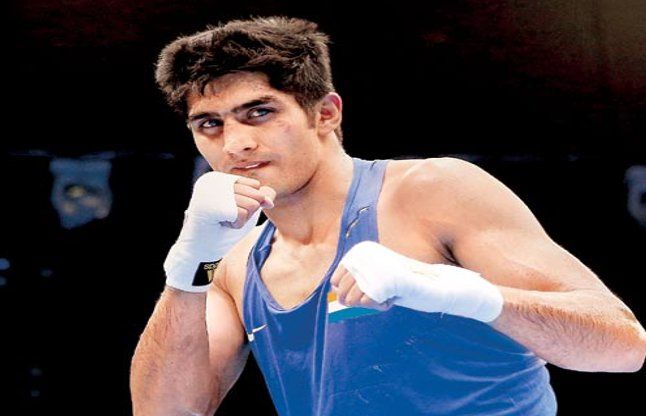 Indian boxer Vijender Singh who turned pro in 2015 has expressed his desire to compete in his fourth Olympics in Tokyo 2020. Vijender is the first Indian to bag a boxing medal in Olympics at the 2008 Beijing Olympics.

His wish came close on the heels of the international body, AIBA relaxing certain rules for professional boxers to compete in the Olympics. However, it is unlikely that Vijender, 34, would be able to fulfill all criteria to go to Tokyo next year.

“I will try my best to reach the Tokyo Olympics but there are many terms and conditions,” he said. One has to stay in the national camp for two months or so, including other formalities, he added.

Vijender also lauded the steps by WADA in banning Russia for dope failure. “It’s a good thing, penalties need to be imposed on those who do wrong by the game. They have sent a strong message that violators would also face the consequences.”