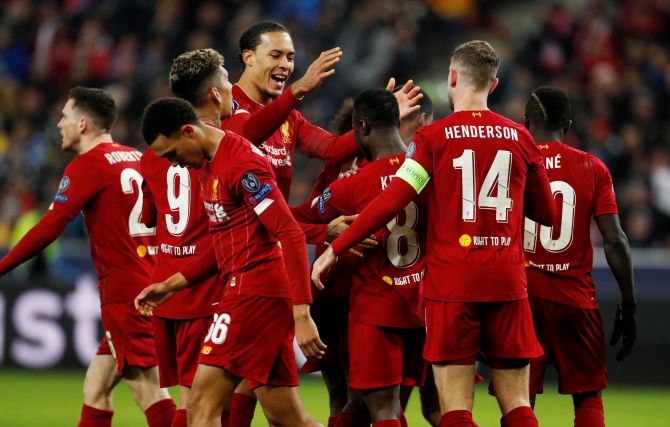 Holders Liverpool forced their entry into the last-16 at the Champions League on Tuesday, beating Salzburg 2-0. While Chelsea also entered the quarters, it was a shock ouster for Ajax and Inter Milan. it was a huge disappointment for fans of these two formidable clubs.

Jurgen Klopp’s boys just needed a draw to stay afloat, but a 2-0 win came as a bonanza, with the two goals scored by Mo Salah and Naby Keita.

Six clubs have made it to the draw for the first knockout, and the absence of Inter Milan, Ajax is a major surprise. With the victory, Liverpool emerged at the top, closely followed by Napoli at second.

Klopp was only too pleased with the performance of his players and said, “What a team, what an effort. It was a tough game.”

Have utmost respect for what Sourav Ganguly has achieved as a cricketer, says Ravi Shastri