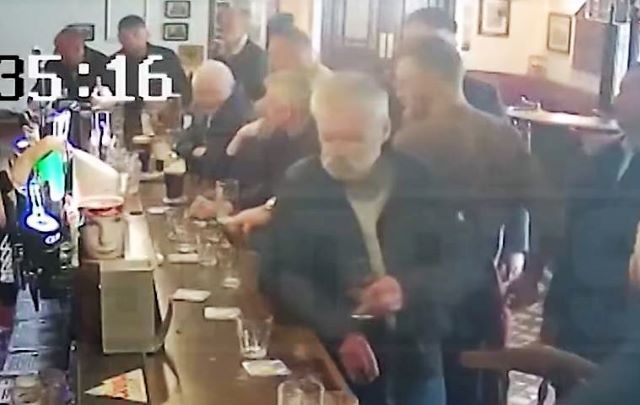 A video has emerged in which the UFC star Conor McGregor seen allegedly punching an elderly bar patron in the head just after a disagreement in a Dublin bar.

According to the reports, the incident however, at the Marble Arch pub on April 6 was reported to police at the time.

CCTV footage emerged reportedly shows the 31-year-old landing a blow on the bar patron before being accompanied away by his entourage.

The victim could barely move after the attack and he remained sat on his bar stool.

The video clearly explains that McGregor lashed out after the man turned down a free drink from the star. McGregor had actually offered his own brand of whisky to everyone inside the venue.

A file related to the incident has been passed by police to Ireland’s Director of Public Prosecutions to make a decision over whether to charge the 31-years-old.

In a statement about the incident, UFC President Dana White said, “I knew that happened, they just got the video. It’s pretty bad … I don’t know the context of it, I don’t know the entire story. But yeah he (appears) to punch an older man in the face.”

“(We) are investigating an incident at a pub in Drimnagh, Dublin, on April 6. “No arrests have been made. Investigations are ongoing,” said a Garda spokesman.

Last year, McGregor was found guilty of disorderly conduct after attempting to beset UFC rival Khabib Nurmagomedov on a bus full of fighters in New York. For that he was sentenced to five days of community service and was asked to attend anger management classes in New York Court.