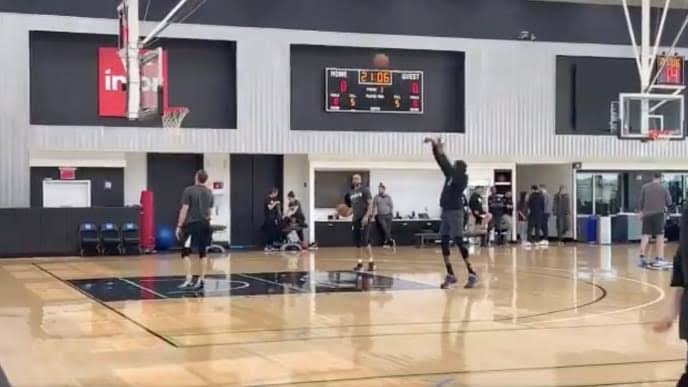 Even injuries can’t stop players to practice, and Kevin Durant is one amongst them who is not expected to play this season for the Nets because he is still recovering from his torn Achilles. And even that couldn’t stop Durant from working on his game.

On Wednesday, Durant was spotted at net practice during Brooklyn’s practice.  However, he is seen not running or jumping yet, but it seems he’s making good progress.

And of course, Durant’s fan would be excited seeing him putting up shots at practice. Durant seems to keep his game sharp while he recovers.  And why not, nobody can beat his ability to play and his dedication for the game of basketball that makes him Kevin Durant.