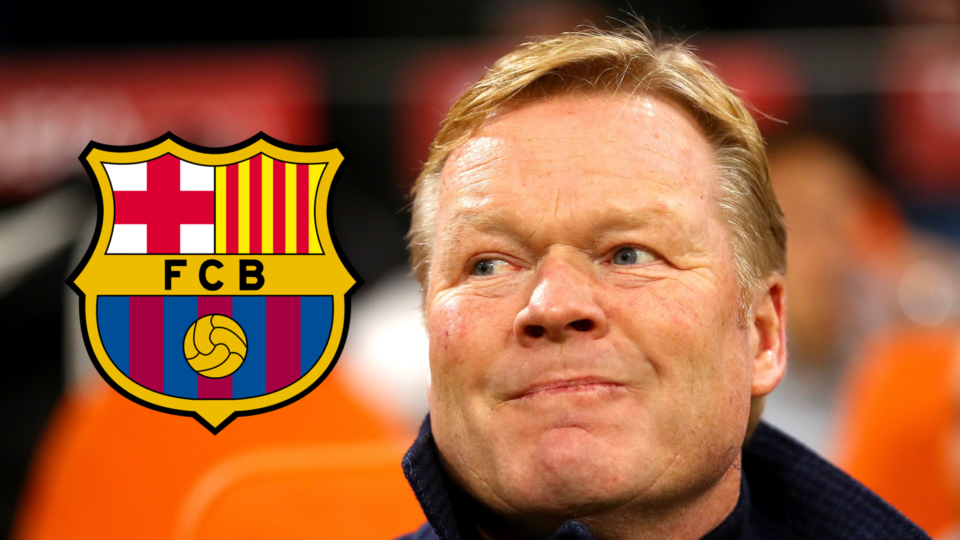 Barcelona has replaced sacked Quique Setien with Ronald Koeman as the new manager on a two-year deal. The club sacked Setien after the 2-8 defeat to Bayern Munich in the quarterfinals of the Champions League.

57-year-old Koeman has joined Barcelona after a coaching stint in the Premier League, LaLiga, the Dutch league, the Portuguese league and also on the international level with the Netherlands.

He also played for Barca for six seasons in the past and made 264 official appearances netting 88 goals. He was known for his trade mark free kicks and has the distinction of being the highest scoring defender in the club’s history.

“FC Barcelona and Ronald Koeman have reached an agreement for the Dutchman to take over as first team coach until June 30, 2022,” Barcelona released a statement.

During his playing days Koeman had bagged 10 trophies as a blaugrana, a European Cup, four LaLiga titles, a Copa del Rey, three Spanish Super Cups, and a European Super Cup.

Koeman was one of the leaders of the ‘Dream Team’ under coach Johan Cruyff and after his six seasons with the blaugranes, he ended his career back in his native Holland playing for Feyenoord. Post his retirement in 1998, he returned to Barca as a part of the coaching staff. After that he left for Vitesse in 1999 to embark on his coaching career.

Koeman began his coaching career at Barcelona as first team assistant coach and after that as coach of Barca B in the 1998-99 season.