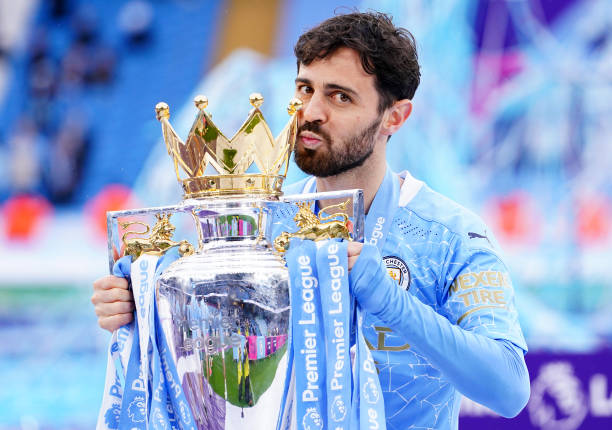 According to reports, Bernardo Silva has given Jorge Mendes instructions to talk to Barcelona about a transfer during the summer transfer window.

Manchester City have recently added some attacking firepower to their ranks and now they are looking to offload some front liners to balance things. While one of their main midfielder Bernardo Silva is willing to leave the club before the next season starts.

Since joining Manchester City from Monaco in July 2017, the 27-year-old has made 249 appearances in all competitions, scoring 48 goals and dishing out 50 assists. Bernardo, who still has three years left on his contract at the Etihad Stadium, was a key member of Pep Guardiola’s team last season. He contributed seven assists and scored 13 goals in 50 appearances in the last term for Man City.

Thought to be uneasy in England, the Portugal international told Man City last summer that he wanted to leave the team before being persuaded to stay.

“Bernardo Silva is ready to go. Two or three players are interested in going. We are willing to talk if they have an offer and want to leave.”

Bernardo has frequently expressed a wish to be nearer to his family in Portugal. He recently told Channel 11 the following:

“I miss Portugal a lot. If I could go back in a year or two, I would. Not only because I would like to play for Benfica again, but because I miss my family and living in Portugal very much.”

Thus, he could make a move away from the Etihad this summer.

During a hugely successful time in Manchester, the playmaker won four Premier League titles, one FA Cup, and four League Cup crowns. Bernardo has reportedly instructed his agent Mendes to pursue a transfer to Barcelona this summer.

One of the major reasons being the lifestyle in England, which he considers it to be a major problem.

Barcelona are known to be a major admirer of Silva, but they may not be able to afford to sign him given the present market conditions and Man City’s estimated value of £80 million.

According to the rumour, Frenkie de Jong’s transfer to Manchester United may enable Xavi’s team to afford to bring the former Benfica kid to Camp Nou.

“As of today, in my opinion, I think Bernardo Silva will continue with us next season. Our goal, as a club, is for him to stay with us. This is our intention, although I don’t like to keep players that are unhappy,”

Bernardo progressed through the Benfica development system, making three appearances for their senior team before moving to Monaco, where his performance led to a 2017 transfer to Man City.

The fact that the Citizens appear ready to let both Raheem Sterling and Gabriel Jesus depart during this summer’s transfer window could make a move for the Portuguese difficult.

While Chelsea is reportedly in early talks over a deal for Sterling, which might result in the club blocking a move for Bernardo, Arsenal is soon anticipated to finalise the arrival of Jesus.

Barcelona is still trying to sign Robert Lewandowski from Bayern Munich, but the Catalan club is having trouble agreeing on a transfer fee for the Polish international.

Australia keen on defeating India on their home ground next year